Could Irish banking system learn from its South African counterparts? 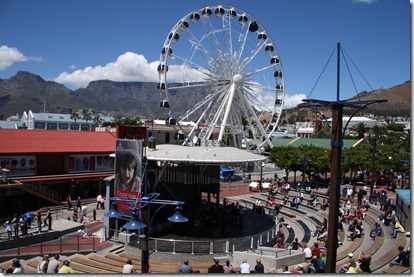 The Irish Financial Regulator, Matthew Elderfield, does not want new powers to compel banks to pass on ECB interest rate reductions to customers.

It is perhaps opportune that the Irish authorities consider the interests of consumers’ from a more far-reaching perspective than merely policing interest rate reductions. I have recently returned from South Africa whose financial authorities appears to be a model of foresight, providence and prudence.  The photograph is of Cape Town’s Victoria and Alfred waterfront with Table Mountain, now one of the 7 Natural Wonders of the World in the background.

The South African National Credit Act 2005, which became law in June 2006, places onerous obligations on credit providers’ not to lend to borrowers who are over-indebted. The law required credit providers to thoroughly evaluate the capacity of a person to borrow based on a detailed analysis of disposable income, past and present spending and payment habits.

This Act ensures that the rights of consumers are safeguarded. Confidentiality is guaranteed and all documentation is based on layman’s terms. Borrowers are protected from becoming over-indebted and are entitled to know by law why credit is refused. The Act eliminates dubious lending practices, unfair discrimination and ensures that credit is extended in a transparent and responsible manner.

The Irish authorities might be well advised to consider similar legislation so as to obviate the insular, self-serving herd instinct in the boardroom of Irish banks and the complete absence of a public interest posture that characterised our catastrophic banking bubble.

Not everything in South Africa is rosy. Approximately 40% of the national income is attributable to 10% of the households. Less than half of working-age South Africans have income generating employment and the unemployment rate for young South Africans in the 16-30 age group is 40% compared to 16% for those in the 30-65 age group.

The menacing image of Julius Malema (30), who is head of the youth wing of the African National Congress in court on hate speech charges raised the threat of racial conflict. He was flanked in court last April by the first wife of Nelson Mandela, Winnie and no few than 7 security personnel dressed in identical black suits and red ties carrying assault rifles.

But last week the disciplinary committee of the ANC suspended Malema from all offices and his membership of the organisation for the next 5 years. He is also under the spotlight of the anti-corruption police on allegations that he amassed millions of rand through influence peddling in respect of government contracts.

South Africa is the destination of millions of migrants from neighbouring countries and others as as far away as Nigeria. The biggest bogey man that haunts South Africa is crime, especially in Johannesburg (1,800 metres above sea level) and it is perpetrated by people who have nothing to lose – no job, no prospects. This is a country of rising prosperity coinciding with rising poverty. All houses seem to have sophisticated home alarms supplemented by armed response units.

Car hijacking by armed thugs can be a recurring experience for too many.  The incidence of death in road traffic accidents, at 33.2 per 100,000 of the population is one of the highest in the world.

Posted by Myles Duffy at 7:10 PM No comments: 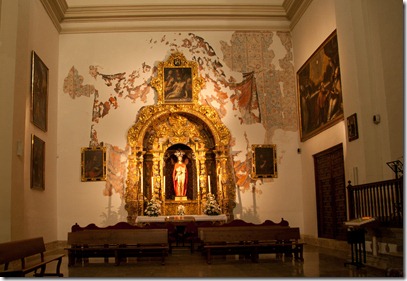 The decision by the Irish Government to axe its embassy in The Vatican has been described by commentators has having landmark significance.  It is proposed that the ambassador responsible for this relationship will be resident in Dublin, a move that The Vatican will view as impairing its prestige and significance.

The decision has been cast in context of saving the cash strapped exchequer money and that this particular embassy offers no economic return.

However, if the decision is to be seen purely in this context there must be other non-performing absorbers of Irish exchequer resources that could also be shutter – such as the Irish Red Cross.

But the closure of this embassy marks an episode of diplomatic failure of the highest order.  By not contributing to the deliberations of The Murphy Commission into clerical sex abuse of children the Apostolic Nuncio denied the Vatican an opportunity to put its perspective on the record.  The Irish side could have been more muscular in their reaction when it became clear what the Vatican was up to.

The history of this unique diplomatic relationship will provide scholars and diplomats with fertile scope for far-reaching research into the genesis, objectives, efficiency and effectiveness of modern international diplomacy.

The Irish Government made strenuous and painstaking efforts to have a residential diplomatic relationship at ambassadorial level in place by 24 June 1929 to coincide with the celebration of the centenary of Catholic Emancipation that day in the Phoenix Park. Various extravagant inducements were advanced including the provision of an official residence in the Park, ‘next to that of the King’s representative’ and the likelihood of a new Nuncio being centre stage before a potential audience of up to 700,000 devotees at the celebration.

Pope Pius XI did not, however, appoint the first Apostolic Nuncio to Ireland in the modern era, an Irish born Franciscan called Paschal Robinson, until December 1929. His Irish counterpart was Charles Bewley, a member of the renowned Dublin Quaker family.

The only prior diplomatic relationship between Ireland and The Holy See was when Pope Innocent X sent Archbishop Rinuccini, a personal friend, to the Confederation of Kilkenny in 1645. But Pope Pius XI was apparently anxious in 1929 not to distress his relationship with King George V, the British Commonwealth and the predominant influence then of British clergy in The Vatican.

When Earnest Blythe, Minister for Finance sought a supplementary estimate of £39,726 to cover the cost of this new embassy and others France and Germany in June 1930 he stated that the objective of the diplomatic relationship with The Holy See was not only to acknowledge ‘the religious Head of the vast majority of the Irish race, but also of the oldest and most glorious monarchy in the world’.

How many other cash strapped states will follow the Irish example?

I spent this week in Moscow, cold grey Moscow, which is preparing for the Russian State Duma election on 4 December next.  But, at least the temperatures were not as punishing as they can be when winter sets in.  Nevertheless an overcoat was necessary.

There are two houses in the Russian parliamentary system, the Duma with 450 members and the Federation Council which comprises of 2 members from each of Russia’s 83 federation councils and consists of 166 members.

There have been five parliamentary elections since the collapse of communism.  The Communist Party prevailed in the 1995 and 1999 election but the United Russian party now holds sway with a 38% share of the vote.

United Russia is the party of Medvedev and Putin and is made up of an alliance of other parties.

Russia is not a jurisdiction that easily facilitates new political groupings.  A new political entity is expected to gather 200,000 signatures of support and post a deposit of $2.5 million.

There has been external criticism of the conduct of Russian elections and everyone I spoke with stresses the predictability of the outcome.

On Tuesday when I was being driven through the traffic-clogged city we came across 7 or 8 heavy Soviet style security vehicles filled with security personnel wearing blue camouflage uniforms and faces with a menacing expression.  A protest was pending.  Later that evening I was walking along Tverskaya Street, Moscow’s equivalent to Grafton Street Dublin, Rodeo Drive in Beverley Hills and Newbury Street in Boston.  I couldn’t help but notice the number of these uniformed personnel with their menacing lumpenproletariat  faces walking along the pavement.  Some were accompanied by plain clothes personnel carrying walkie-talkies on the look out for potential trouble makers.  The expression was devised by Karl Marx to describe brothel keepers, beggars and 3-card trick type.  But these were the security arm of the Russian State and all I would say is that, as infants, they were probably bottle fed, rather than breast fed.

I didn’t see any potential trouble makers  but I was told that there were some who made the evening television news.

Opinion polls suggest that United Russia will capture a 50% share of the poll with the balance split between six other parties.

The overall mood in Russia is somewhat subdued with the Central Bank predicting a flight of capital from country of the order of $70 billion this year instead of the $36 billion predicted at the beginning of the year.  The flight of capital in 2009 was $56.1 billion but it dropped to $35.3 billion last year.

Tomorrow, I will escape the grim grey ambience of Moscow and travel to Johannesburg where summer is just beginning!

Posted by Myles Duffy at 8:21 PM No comments: