Viewed from as far as Buenos Aires this evening, I am sure that many taxpayers are greatly relieved that the Taoiseach confirmed to Dáil Éireann on 27th September that he ‘sees no good reason’ for breaching the €500,000 salary cap on bank chief executives’ remuneration in response to prolonged lobbying by AIB and others over many months.

All stakeholders in our society have had to make the most profound sacrifices due to the venality of bankers’ and their boards’ of directors in the interests of economic survival, recovery and vitality. A Government decision to cave into the banking lobby on this issue would therefore have had the most profound adverse consequences which would have found unequivocal expression in the forthcoming presidential election and beyond it.

High salaries did not enhance the standard of corporate governance, providence and prudence in the Irish banks’ prior to their collapse and it would be the utmost folly to consider that the resumption of salary deals to any elite that are utterly extravagant in the context of our national circumstances would deliver reform. The banks and their elite fellow travellers must restore trust with society before they attempt to indulge fanciful remuneration whims.

It would also be interesting for taxpayer’s to be informed, in clear an unambiguous terms, how much the State is paying consultants ‘and professional advisors’ to rehabilitate AIB, now State owned.

Posted by Myles Duffy at 2:56 AM No comments:

Irish presidential election a magnet for the maudlin’ and the mediocre 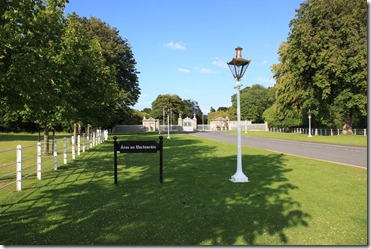 T
The Irish presidential election campaign has attracted a motley compendium of the irretrievably mediocre, the almost-sedated and the infinitely deluded and more kindred spirits are emerging. All share the common characteristic of not demonstrating a basic understanding of  what the role and function of an Irish Head of State is and that the President is the first of all citizens, including those in ‘Dublin 4’ and the fat, rich and smug.

This weekend it seemed as though a posse of salesmen specialising in providing a tarmacadam surface on the driveways of suburban houses had begun to compete against each other when one of the aspirants, 72-year old Laurence Murphy (aka Labhrás Ó’Murchú) proclaimed, in what was possibly the first widely broadcast comment in his 14-year career in Seanad Éireann, that he would take on the role of President at no salary whatsoever – so desperate is he for recognition. Not to be outdone in the bidding war Martin McGuinness offered to take on the role at a salary of no more than €35,000 per annum.

The McGuinness bid equates to the average industrial wage but comes with the promise of a mawkish, welfare-saturated ‘New Republic’ – whatever that is.

But having had a genuinely superb President in Mary McAleese for the past 14 years the Irish electorate are unlikely to grovel around seeking merely a candidate with the potential to develop into an average President to replace her. They are seeking someone with the potential to be a world-class statesman – as she is, not a cardboard cut-out whose limited capacity will merely offer a cheap and cheerful presidency - heavy on rhetoric but light on impact.

When Martin McGuinness tells us that if he were elected President that he would accept remuneration no greater than €35,000 per annum and advises that his legacy as an IRA commander should be conveniently disregarded and even excised from our imagination. He also neglects to mention that he draws the full salary and expense as a member of parliament for Mid Ulster – but never goes to work in Westminster. This, no doubt, resonates with the thousands of malingers in other walks of life who also fail to turn up for work.

But perhaps McGuinness is confusing the concepts of cost and values. If the average industrial wage was to become the critical benchmark when choosing a Head of State the electorate would ask candidates’ for quotations and consider the merits of the lowest bidder. But the qualities required to safeguard Bunreacht na hÉireann and the heritage of a proud nation are priceless.

A presidential election is fundamentally about values and, specifically, which candidates’ are best qualified to safeguard the Constitution and reflect the values, spirit, prestige and dignity of our nation – in a manner that typically find expression in the sophisticated, prosperous democracies of Northern Europe but not in fragile, obsessive-compulsive tin-pot statelets elsewhere across the globe.

Irish people, as a whole, have been outraged at the brutal campaign of terrorism in which McGuinness played such a prominent and protracted role; a campaign that retarded the development of society for decades leaving Northern Ireland economically paralysed with a much lower level of prosperity, self-sufficiency and economic vitality.

They abhorred the menacing threats to the security, stability and integrity of the institutions of our State. They were incandescent and outraged each time a member of the Gardaí was callously slaughtered and they were appalled at the contemptuous disregard for the exclusive authority of our military forces to defend us.

Therefore, the first and major priority for candidate McGuinness is to demonstrate the credibility of his credentials to become President and commander-and-chief of the military. He needs to persuade the electorate that our sense of nationhood would be diminished were he not to prevail. The salary-cost of the Presidency is secondary to the stature, calibre and overall suitability of the successful incumbent.

Furthermore, if McGuinness did win the hearts and votes of the electorate he could propose that the Irish presidential mansion be relocated to Londonderry or Fermanagh so as to give the public a flavour of what life would be like in a ‘united Ireland’.  Aras an Uachtarain could sold in a package with the National Lottery.  If the buyer turned out to be a gambling consortium the Aras might be converted to a casino and this might obviate the desire to build a replica pastiche version of The White House in Two Mile Borris, Co Tipperary.

Posted by Myles Duffy at 7:00 PM No comments: