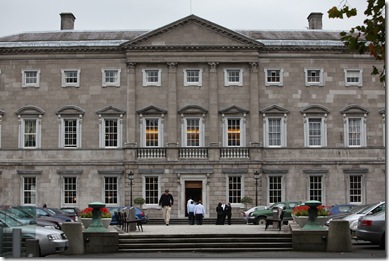 The report that Senator Ivor Callely has been paid over €80,000 since 2007 in respect of travel expenses from an address in West Cork to Leinster House is extraordinary, bizarre and one more example of the self-serving, greedy, behaviour that vexes voters' so intensely that it cost Peter Robinson and many other outgoing MP's their parliamentary seat in the recent British general election.

This Oireachtas web site lists Callely's home address as being on St Lawrence Rd, Clontarf, Dublin. The public telephone directory lists his telephone number at this address. His name is also listed on the current Register of Electors at this address, which is within walking distance of Leinster House.  Callely’s political web site states that he maintains constituency office address on Howth Road and he confirms that he lives in the Dáil constituency of Dublin North-Central.  Cork is not mentioned in any context. His role as a Taoiseach's nominee to Seanad Éireann has no connection whatsoever with any town in Ireland.

An individual can only have one domicile, or recognised permanent residence, at a time and the evidence in the public domain indicates that Senator Callely’s chosen domicile is not and has never been in Co. Cork.  How could taxpayers' possibly accept these expenses as being reasonable?  The system of politicians' expenses must not be exploited for personal financial advantage and there ought to be effective and proportionate sanctions for breaches of rules robustly enforced and administered independently of politicians.  It should also provide value for taxpayers' that is not necessarily judged by reference to financial costs alone.

Senator Callely needs to understand that the Celtic Tiger party ended in 2007 as unemployment soared towards half a million, negative equity tore the heart and soul out of tens of thousands of Irish households while the bulk of those in employment coped with swingeing pay and expense cuts.  Will Senator Callely promptly and voluntarily repay this €80,000 which, it would seem, should never have been paid had the controls of the Oireachtas Commission been sufficiently robust and vigilant, or will the Oireachtas Commission be obliged to engage in an adversarial protracted process to extract repayment from him?

Is it also not time for all politicians' expenses to be routinely published each quarter by the Oireachtas Commission to demonstrate some modicum of transparency, equity and good practice, especially with respect to compliance?  It should not be necessary to rely on the Freedom of Information Act to obtain such basic data.  Publication would fulfil a core component of the Commission's mission, the promotion of public understanding of the work of parliament and the cost of providing what it describes as "a world-class parliament".  The operating cost of our 226-member Dáil and Seanad was almost €153 million in 2008.  The salaries and expenses of 650 members' of the Westminster Parliament for the same period was slightly over €197 million.

If the Oireachtas Commission fails to rectify this matter then, presumably, a precedent is set whereby each member of the Oireachtas and every public sector worker can acquire an accommodation address as remote from Dublin, or the location of their employment, as possible for the purpose of maximising the amount of money that can be gouged from the public purse. This might have the effect of repopulating the islands from Tory to Cape Clear but it would also leave the bond holders who pay the day-to-day expenses of running the country incandescent, perplexed and likely to confuse Ireland with Greece.

Posted by Myles Duffy at 6:46 PM No comments:

Pattern of redundancies spreads across sectors

Some may take heart in the trend of reported redundancies in 2010.  The year-to-year figures for February, March and April show an improvement of 3.7%, 12.9% and 14.6% when compared to the corresponding month in 2009.  But these trends don’t conceal a widening of the sector base, from construction,  in which redundancies are occurring.

Posted by Myles Duffy at 6:18 PM No comments: 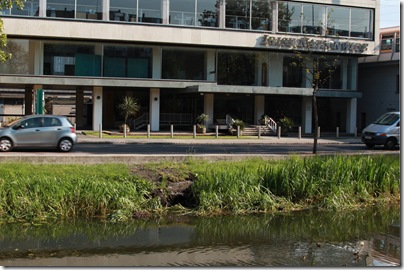 This wretched building society has already reported a loss of €2.48 billion in 2009.  It devoured €2.7 billion of public money.  Ninety six percent of its €2.7 billion impaired loans relates to speculative commercial property transaction, much of it not even in this country,

The six years of delinquent financial regulation was characterised by what appears to have been a very passive relationship to this Society.  It is astonishing that the Brian Lenihan’s advisers chose to rely on information from Irish Nationwide about the issue of executive remuneration because a casual perusal of the 2009 Annual Report would suggest otherwise.

Rather light-touch, I would have thought, on the part of the Minister's advisers. The debacle that Ireland is now in is attributable to excessive reliance on the representations of this entity and its counterparts rather than vigilance, understanding and verification; an attitude more Greek than German.  The two directors representing the public interest, for example, were paid €38,000 more that CIROC recommended they be paid.

The Covered Institutions Remuneration Oversight Committee (CIROC) report was published by Minister Lenihan on 27 February 2009 and given the crisis that prevailed then and the sense of urgency and caveats which the report  reflects, one presumes that its recommendations were to be promptly effective from 2009 financial year.

The CIROC report recognised that reduced salaries for some executives may require the revision of existing contractual arrangements; that there must be sufficient headroom between the recommended remuneration of a chief executive and the salaries of those reporting to the chief executive, such as the chief financial officer. Any departure had to be justified on case-by-case basis. It also noted that top-level individuals in financial institutions did not generally contribute to their pension funds and recommended that a review should reflect an appropriate balance between the personal contribution of all employees and that of the employer.

The CIROC report recommended the following levels of base annual remuneration in the case of Irish Nationwide Building Society:

Readers may not be realise that in addition to the €28 million personal pension fund paid for by Irish Nationwide and received by Mr Fingleton in 2007 that he also remunerated himself in the sum of €10 million from the period our property bubble began inflating, 1 January 2003 until he departed on 30 April 2009.  This puts the €1 million pre-contractual bonus that he paid himself in 2008 in a wider context.

Is the reformation of our financial system not in some ways comparable to the reform process that Mayor Giuliani deployed in cleaning up New York – where discipline started with the seemingly inconsequential issues, like removing graffiti from the subway system?  But in this instance, is compliance with top-level remuneration CIROC not a most obvious example of a similar discipline?

Posted by Myles Duffy at 9:24 PM No comments:

Ireland now leads the Top-20 nations with the highest level of external debt expressed as a percentage of GDP and that status is unsustainable.

External debt is a measure of foreign liabilities and in this context includes outstanding and actual current liabilities (not contingent liabilities), including principal and interest, owing by Irish residents to non-residents.

The Irish banking sector accounts for $976 billion of external debt and even if this figure was wholly discounted, Ireland would still have the highest debt to GDP ratio in the world – 746%.

External debt has much graver implications that government debt because it is a reflection of how much is borrowed to sustain current living standards.

Ireland’s GDP has been shrinking while our external debt has been rising.

Posted by Myles Duffy at 5:53 PM No comments:

The EU and the IMF are to provide Greece with a €110 billion bailout.  The price of this is a combination of spending cuts and tax increases equivalent to 11% of Greek GDP, on top of measures already taken this year.  These measures are intended to bring about a turnaround in the Greek public debt to GDP ratio beginning in 2013 and to reduce the fiscal deficit to below 3% of GDP by 2014.

The Greek Government will also strengthen income and labour market policies; improve the management of State enterprises and improve the overall business environment.  This includes measures to eliminate corruption and make procurement procedures more transparent.  Greece ranks 71st in the Corruption Perception Index of Transparency International with a score of 3.8.  Ireland ranks 14th with a score of 8.

The capitalisation of Greek banks is to be strengthened by the establishment of a Financial Stability Fund.

A progressive tax scale will apply to all sources of income and measures are to be taken to eliminate tax evasion and prosecute evaders.

Reductions in wages and pensions are to be structured so as to protect the most vulnerable and those living on the minimum wage.  The minimum wage in Greece for an 8-hour day is €30.40; in Ireland it is €69.20.

There is also to be a significant reduction in Greek military expenditure.

The Mannion era at Aer Lingus 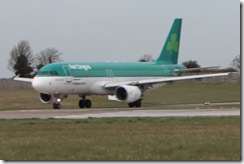 Dermot Mannion succeeded Willie Walsh as chief executive of Aer Lingus on 8 August 2005.  he departed the company on 6 April 2009.  Mannion’s tenure was marked by the privatisation of the company.  The former chief financial officer, Seán Coyle was recruited on 22 August 2008 and departed on 31 December 2009