The first of the 2010 expenditure cut announcements have been made by Brian Lenihan, Minister for Finance when he indicated that a combination of €3 billion in expenditure cuts and tax increases will be necessary in 2011.  Savings of €2 billion are to be derived from reducing the cost of public services and the reform of income taxation.  Up to €1 billion has been saved on capital expenditure adjustments.

The Government also propose to spend €5.5 billion in 2011 on additional productive capacity.

There is little scope for adjustments in marginal income tax rates.  Nearly half of all income earners in Ireland will pay no income tax in 2010.

The PRSI funded social insurance fund is believed to be insolvent.  The Government now intend to a universal social contribution to be paid at a low rate on a wide base.  This will effectively replace PRSI, the Health Levy and the Income Levy.  Water charges are likely to be introduced.

Seeding a return to growth

The Irish Government is anticipating a return to economic growth in the second half of this year with a stronger trend becoming apparent next year, led by exports. Job creation of 25,000 next year and 45,000 annually in later years are projected to meet the job requirements of a society that currently has in the region of 450,000 unemployed persons.

The Government is quick to point out that Ireland is the only member state of the EU where labour costs are falling (-5.25%) but are more reluctant to mentioned that Ireland ranks 26th among the EU-27 in labour cost competitiveness.  Negative inflation may take some of the sting out of this goal.

The Irish Balance of Payments is projected to move into surplus this year following an adverse trend in 8 of the last 9 years.

The collapse of the Irish economy is a consequence of the wholly undisciplined provision of excessive credit.  The Irish population increased overall by 19% in the decade to 2008; the stock of residential units increased by 60% but the credit available to pay for this excess increased by over 500% – all having taken place without effective regulatory supervision by a combination of devious, duplicitous, incompetent retarded morons and dysfunctional imbeciles in charge of banks, all generously indulged with political patronage.  The level of Irish taxation derived from the property sector doubled to over 12% in the seven years to 2006.  Tax incentives for developers, both of houses and commercial properties, such as hotels, led to huge overcapacity as economically illiterate buffoons built more and more shacks without any marketing rationale.

Much of this credit was sourced on the international money markets rather than being derived from customer deposits.  The tax take on these property transactions was very high but it was used to spur an utterly unsustainable level of public spending, especially on welfare – some attributable to unemployment increased but a great deal of it attributable to politicians playing Santa Claus without adequate vetting of welfare spending.  Welfare fraud alone is estimated to cost the Irish Exchequer €1.5 billion in 2010.

Posted by Myles Duffy at 9:49 PM No comments:

The summit between the entire cohort of Irish bishops, Pope Benedict and the members’ Roman Curia seems to have been little more than a self-serving display of pious political theatre based on a disjointed script played before an increasingly sceptical and despairing Irish public. While the summit acknowledged that the failure of Church authorities has resulted in a breakdown of trust, this same dialogue has resulted in no consequences, no sense of urgency, no concrete initiatives or imaginative departures intended to nurture a positive sentiment from which to progress towards recovery. Best practice, it seems, is to be bolted on to the remnants of a culpable administration.  The Pope's comment that the current painful situation will not be resolved quickly is a cop-out that will facilitate more empty excuses and buck-passing and breed nothing but inertia and resentment.

No new resignations were apparently demanded. No resignations already offered were confirmed. The sentiment underlying the discourtesy shown by The Vatican authorities to The Murphy Commission continues to prevail as The Papal Nuncio declines an invitation to a dialogue with an Oireachtas Commission.  There is no evident engagement between the Vatican authorities and victims. Three months after the publication of The Murphy Report the fundamental issue of the accountability of bishops remains as ambivalent as ever. Their unique practice of self-validation is clearly a case of ‘my way or the highway’ as far as the attitude of the Church authorities and the victims of clerical sex abuse are concerned.  How can best practice in any field be achieved if public sentiment towards to those charged with its implementation is negative, especially when the issue in question concerns pain, anger, betrayal, scandal and shame?

The unilateral declaration following the summit by the Bishop of Galway, whose resignation was sought to demonstrate that the cobwebs of the administration in the Dublin Archdiocese that presided over the abuse would be totally removed, is not an appropriate response by him to either stimulate the renewal of the faith of the Catholics of Dublin or to heal the victims.  Why is it therefore tolerated by the authorities?

Is the final prolonged act of this dreadful tragedy to be based on a dysfunctional Hierarchy who cling to office whatever the consequences as they pander obsequiously towards their counterparts in The Vatican but squabble in public among themselves like characters in Macbeth?

Posted by Myles Duffy at 9:31 AM No comments:

The final vestige of validation ~ the shaving mirror

The laying of hands, the kissing of rings and the observations that reiterated the blindingly obvious (that paedophilia is a ‘heinous’ crime) were widely reported.

Today I read that the Bishop of Galway, having not been booted from his See, is ‘determined’ to remain in office despite widespread calls for him to move his ecclesiastical ass swiftly in another direction.

When the report into child sex abuse by priests in the Dublin archdiocese was published on 26 November a letter from me was published in the Irish national newspapers.  I argued that a major impediment to restoring the credibility of bishops is the absence of adequate structures of accountability.  I suggested that the prompt resignation of all bishops and those monsignors whose tenure in Dublin coincided with the era this abuse took place ought to promptly resign.  This need not have precluded the reappointment of some of them provided that they had been properly revalidated

The resignation of the current Bishop of Galway, formerly an auxiliary bishop in Dublin, had been demanded by many victims and others who want the cobwebs of influence from the era this abuse occurred to be removed from office.  He may not have been the spider that was responsible for the web but he an apparatchik connected to it.

Following his tete-a-tete in Rome this incumbent has advised the nation that he will not resign from office; that he did not want to offend the victims; that he was determined to continue his work in Galway; that it would be a betrayal of the people of Galway if he were to resign and that he had the courage to stay in office and that he believed that was the right thing for him to do.  What other position of consequence in the world today would tolerate an incumbent having the absolute right to determine whether, or not, he continues to hold a particular office.  The answer is found when one is only accountable to the foggy image one sees each morning in the shaving mirror

Fiat training dealers to capture and captivate the elusive consumer!

There was an interesting article in today’s edition of the Financial Times (Mon 15 Feb) concerning an initiative by Fiat to provide training for its network of 5,000 European dealers.  Like many car manufacturers Fiat depends on independent, frequently family-operated dealerships and only owns 1.5% of the total.

Marketing accounts for 30% of the cost of a car and the training and many of its dealers while good at selling are not so good an managing their businesses, developing new ideas and in service offerings around new and used cars.  The training, the cost of which is shared, teaches managers to be more like entrepreneurs and entrepreneurs to be more like managers.   All car manufacturers face the issues associated with not directly controlling dealerships and distributors.  But the impact of this on Fiat has been especially pronounced in Ireland

Sales of Fiat cars in Ireland have collapsed in the past decade.

Fiat’s overall sales of cars and light commercial vehicles increased from 1,857,000 units in 2004 to 2,229,000 in 2008 with increases recorded in France, Germany, Italy and Brazil but declines recorded in the UK, Spain, and Poland.

Ferrari won its 16th constructors world championship in 2008 and this success was rewarded with a 2% increase in unit sales to 6,587 vehicles.  North America accounted for 1,700 (26% of total) of these sales and new Ferrari stores were opened in Miami, Honolulu and San Francisco.

Sales in Europe, at 714 units reflected an 8.9% increase with pronounced growth in Eastern Europe.  Customers in The Middle East bought 366 Ferraris’ while customers in Japan bought 433 and in China 212.

Various versions of the F430 models, including the 430 Scuderia and the 599 GTB Fiorana were the most sought after Ferrrari’s in 2008.

Posted by Myles Duffy at 7:10 PM No comments:

Political life-cycle of media folk in Irish politics can be fickle! 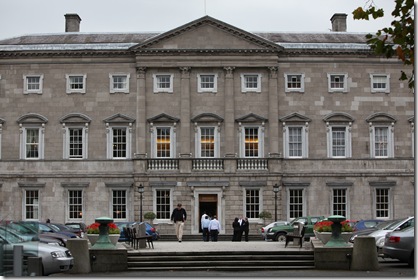 The political life cycle in national Irish politics of individuals who formerly worked in media is relatively short, although the 9 months that George Lee spent in Leinster House was acutely short. 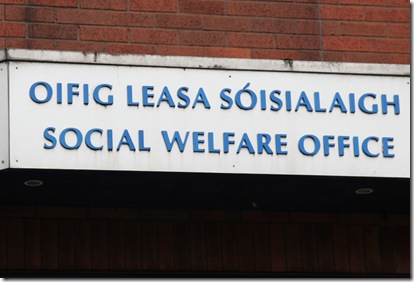 The Social Insurance Fund which is funded by PRSI deductions was anticipated last October to be insolvent by now. It incurred a deficit of €244.7 million in 2008 and was projected to rise to €4.4 billion by the end of this year.

One of these days the penny will drop that it is not possible to sustain galloping social welfare expenditure that completely ignores economic adversity and the consequential capacity to fund same.

· Government revenue has declined by 29%

· Social welfare expenditure has increased by 37%

· The Irish population has increased by 8%

· Per capital expenditure on social welfare has increased by 33%

Posted by Myles Duffy at 8:57 PM No comments: