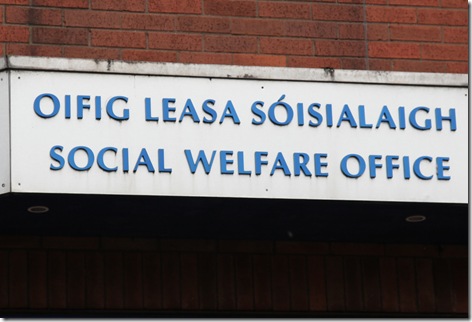 The 2009 Exchequer Statement for the Irish Government was issued this afternoon indicating the following:

Tax revenue for 2009 was €1.357 billion less than forecast last April.  There was some silver lining – corporation tax was €160 million higher than anticipated and this is attributable to foreign direct investors.

During the decade from 1989 to 1998 the Index of Welfare Expenditure increased by 78.9 percentile points – compared to an increase in the Consumer Price Index of 23.6%

The comparable figures for the decade from 1999 to 2008 saw the Index of Welfare Expenditure increase by 183.5 percentile points in a period when the Consumer Price Index increased by 42.4 percentile points.

The pattern of welfare spending has evolved:

The cost of ‘free schemes’ have also increased significantly