How would you cope with an annual pension of €1 million +?

The Irish financial institutions dealt with by the Covered Institutions Remuneration Oversight Committee are those that have obtained financial support from the State since 2008. They include AIB, Bank of Ireland, Anglo Irish Bank, Irish Nationwide Building Society, Irish Life & Permanent and EBS. Postbank Ireland had been included but has subsequently ceased to operate.

This CIROC members were mandated to investigate the remuneration of those in charge of these institutions and to recommend pay ceilings to the Minister for Finance – which they did in February 2009.

One facet of remuneration they investigated was pensions. They noted that cash allowances had been paid to compensate for the effects of the ‘pension cap’ imposed by the Finance Act 2006 and that it was unacceptable that pension schemes should be inconsistent with the intent of relevant legislation. The found that top management made little, or no contribution for their own pensions and that in future an appropriate balance was necessary between employee and employer contributions with the former being increased to achieve this balance. They also recommended that bonus payments should not be pensionable and that pension arrangements for top management should be at least broadly similar to those of the generality of staff of the institution. 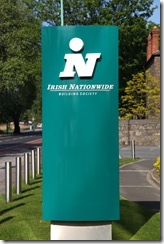 Fingleton accumulated a pension fund for himself at Irish Nationwide with assets of over €29 million when it was wound up in 2007 when Fingleton was 67 years old. A pension insurance policy was established for the benefit of Fingleton and other employees in 1975. This INBS pension scheme was originally set up in 1981, 10 years after Fingelton became connected to it. A second which was to directly benefit Fingleton was established in 1995 with the transfer of accumulated assets of €4.5 million too which a further €3.4 million was added in 2005. Various other enhancements, including serial annual pay increases of the order of 8 – 10%, were made throughout the existence of the scheme including an average of the bonus payments over the previous three years. Investments by the scheme by directed by the beneficiary.

The benefits to be provided to Fingleton include:

His pension would therefore have been based on ⅔ of his final’s calendar year’s salary €589,380 plus ⅔ of an average of his bonus for the final three years of his employment - €528,000 providing him a potential  annual defined benefit pension of €1,117,380.

That perhaps explains why the ‘pre-contracted’ bonus of €1 million has not been repaid. Fingleton’s remuneration from 2003 until his employment at Irish Nationwide terminated was €11, 322,000