Norris bows to the inevitable 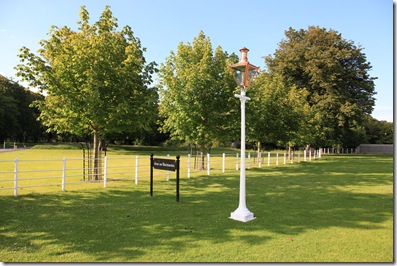 The remarks David Norris made when he withdrew from his campaign to seek a nomination to contest the Presidential Election have been described by some commentators as dignified. Norris had petitioned an Israeli court on behalf of his lover, Ezra Yitzhak Nawi, a plumber of Iraqi decent, who had been convicted of the statutory rape of a 15-year old Palestinan youth in 1997. While he condemned the crime as ‘disgraceful behaviour’ and explained that he ‘forgot’ to tell his supporters about the letter; that the episode was ‘very sad that in trying to help a person I loved dearly – I made a human error’

‘Inevitable’ and ‘Histrionic’ might have been more accurate adjectives to use than ‘dignified’ in withdrawing from the predicament that Senator Norris threatened the electorate with. The only saving grace was that this matter came to light three months before the election, not three months after the inauguration where the same speech might have been delivered on the steps of Áras and Uachtaráin to an aghast global media and a mesmerised Irish nation. But this close shave will most certainly prompt the electorate to scrutinise the credentials and capacity of all candidates even more closely question the calibre of what is presented.

The lacklustre nature of this campaign has yet to inspire confidence, conviction, enthusiasm or clarity among the electorate. Therefore, the durability and robustness of a perceived leadership status at such an early stage was questionable.

Has any aspirant demonstrated a thoughtful, insightful understanding of the role of Head of State they are seeking to undertake? Has any aspirant convincingly described what personal qualities and accomplishments that make them especially and eminently suitable to become President of Ireland? Has any aspirant persuaded the electorate he, or she, could enhance and extend the reputation and stature of Ireland in the global community?

The answer, in my opinion, is ‘no’. That is why there is scope for a really distinguished and compelling individual to enter this contest. The people of Ireland deserve a panel of top-class presidential candidates that rouse them with the enthusiasm that only authenticity and legitimacy can produce.

Political parties love to waffle about their aspirations and the bright, gleaming future over the yonder horizon. This presidential election will test their mettle. It will indicate what they can actually deliver. It will demonstrate their capacity to attract real talent. Their sponsored candidate will be a manifestation of where the concepts of ‘excellence’ and ‘high standards’ converge in their world.