Should term limits be imposed on Catholic bishops? 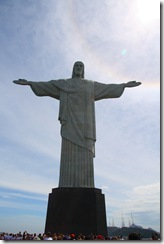 The possibility of further Irish State inquiries has been mentioned by commentators this past week following the publication of the most recent reviews of child safeguarding procedures in six Roman Catholic dioceses over a 34 year period.

Further State inquiries will achieve little if they were not to be accompanied by a contemporaneous systemic root and branch reform of the Church in Ireland by The Holy See. While the six reviews did cite one bishop, Dr Leo O’Reilly of Kilmore, Cavan as a role model exemplar and two others bishops for being disciplined and constructive in their safeguarding obligations, the reviews also reveal a horrifying catalogue of dereliction, incompetence and incapacity - euphemistically described as ‘errors of judgement’, which have weakened the moral authority of the entire Church and impair the prospects of credible transformation and transparency.

A vital component of reform relates to bishops’ tenure. There have been no more than five individuals holding the position of bishop in each of these six dioceses that have been reviewed in the last century. Some Irish bishops have been in office for over thirty years.

Longevity of tenure and the fact that there are no structures of checks and balances, other than accountability to self, lead to an impossible and intractable position when a bishop’s moral authority wanes, an outcome that is further aggravated by the absence of new people entering the priesthood and the ageing of the current cohort.

Therefore term limits of five to seven years ought to be considered and the foundation of tenure and advancement needs to rest on demonstrable leadership credentials and moral authority rather than rigidly conservative theological pedigree.