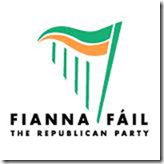 The Irish media are full of speculation this weekend about the political future of Brian Cowen.  He has never fought a general election as Taoiseach and consequently has never had the endorsement of the people since he succeeded Bertie Ahern as Taoiseach on 7 May 2008.

Some argue that he will stand down before the next imminent general election.  There is no Constitutional impediment and some argue that a new leader is necessary if Fianna Fáil is to survive.

Those who advocate replacing Brian Cowen before the next general election ought to realise that it is only in failed states that the of head of government position is decided upon exclusively by an elite opportunistic clique. The notion that Brian Cowen should be replaced imminently is tantamount to suggesting that a stranger would take the place of a candidate at an important public examination. Cowen’s legacy and political future must be decided by the people at the next general election. The right of the people in our democracy to return their verdict on the leadership and record of any Taoiseach and his, or her, cabinet is inalienable and should be protected by the Constitution.

The flesh of this nation has been under attack from smart-alec politicians for 40 years and its skeleton is now imploding as a consequence.  Political degradation and dysfunctional leadership caused the surrender of sovereignty and also dramatically changes the dynamics leading to the next presidential election. It will take more than a four-year National Recovery Plan and spun messages rooted in bland anecdotes of prior accomplishments to restore the prestige and eminence of Ireland across the world. Each of the political parties must recognise this and put forward a first-class presidential candidate who clearly demonstrate integrity, values, wisdom and the capacity to inspire the restoration of the nation’s withered morale.