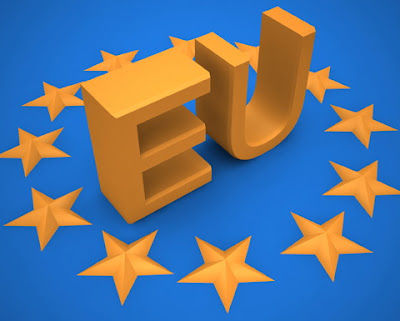 Fianna Fáil Leader, Micheál Martin TD argues that the people should be consulted in advance of significant changes in Europe that impact our nation. The German Government is proposing to treat Greece and any other fiscal miscreants like a back-office supervised by an EU Budget Commissioner.

There is an enormous and unsustainable democratic deficit in the relationship between Ireland and the European Union that must be recognised and promptly repaired so that the sovereign voice of the people is listened to and heeded.

This hiatus is evident beyond the agenda connected to the fiscal compact and the brinkmanship and doomsday options presented by ministers’ - were there to be a referendum to change the Constitution.

Three of the nations twelve MEP’s elected in 2009 have now retired and been replaced by others automatically chosen from a Replacement List. A 25% churn is before the middle of a parliamentary term is significant change by any standard.

These replacements have neither presented a proposal to the electorate to introduce themselves nor do they have a mandate from the people. None of them even presented themselves as a candidate in the 2009 election, so from a European political perspective these replacements are total strangers.

This List from which they are chosen was presented by parties and independent candidates to the returning officer in each constituency before the election even took place – as if it were a matter of personal, confessional expediency over which the electorate over had as much influence as they had in choosing the cast of a pantomime. The consequences are that over 194,000 Irish voters have been disenfranchised while an insidious process of highly remunerated and abundantly expensed ‘jobs for insiders’ has thrived.

The European Parliament is one well endowed gravy train with little, or no oversight of MEPs. Each of the 754 or them is paid a monthly pre-tax salary of €7,956.87 from the Parliament’s budget. This is subject to an EU tax and accident insurance contribution, after which the salary is €6,200.72. Member states can also subject the salary to national taxes. But, as is the case with Oireachtas politicians, no details are available on the Oireachtas web site of the tax liabilities of politicians.

Apart from the allowance MEP’s get a mileage allowance of €0.50 per kilometre for a car journey plus fixed allowances based on the distance and duration of the journey. If they travel via other means to meetings of the European Parliament in Brussels or Strasbourg MEPs are refunded the actual cost of their travel based on receipts up to a maximum of a business class air fare or a first-class rail ticket.

MEPs often have to travel outside their home Member State for purposes other than official meetings (e.g. conferences). For this they receive reimbursement from a fixed yearly travel allowance of €4,243 for their travel, accommodation and out-of-pocket expenses. This is made on the presentation of supporting documentation.

The Parliament also pays MEPs a flat rate allowance of €304 for each day they attend official meetings of the Parliament bodies on which an MEP serves that are held within the European Community. This covers accommodation, meals and all other expenses involved in such attendance. The MEP must sign the attendance register to trigger payment. During plenary sessions this amount is reduced by 50% for MEPs who have not taken part in one half of the roll call votes held on the Tuesdays, Wednesdays. And Thursdays of part-sessions held in Strasbourg and on the second day of part-sessions held in Brussels.

Parliament pays a sum of €152 per day plus accommodation and breakfast expenses for attendance at meetings held outside the European Community – provided the MEP has signed the official attendance register for the meeting.

The procedure to fill the vacant seat mid-term of any retiring or deceased MEP is governed by national law. Irish law provides that it is not even necessary for a candidate, or a replacement, to even be a citizen of Ireland to represent an Irish constituency. Candidates are merely prohibited from standing for election in two Member Countries at the same time.

Why therefore, should the European Assembly Elections Act, 1984 not be amended so as to prescribe that when an MEP retires or dies in the course of the life of a Parliament his, or her, votes are examined by the chief returning officer and allocated to the next preference given by the voters to determine who the replacement is? Alternatively a by-election could be held as is the procedure in the independent-minded United Kingdom.

The Irish Government must demonstrate unambiguous leadership with the same agility as the capacity of an MEP to sign his, or her name, in giving concrete expression to the sovereignty of the people especially in the elevated strategic context of our relationship with the European Union.
Posted by Myles Duffy at 11:07 AM