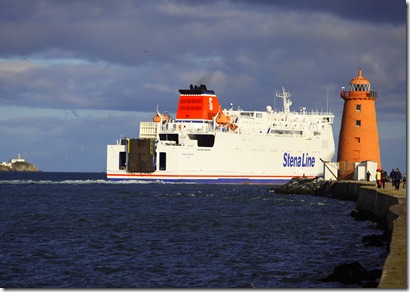 Today’s edition of the Irish Independent blew the gasket on executive expenses at the chronically loss making Dublin Docklands Development Authority (DDDA) with vivid accounts of self-indulgent expenditure of over €600,000, some of which is apparently not receipted.  The purpose of these excursions, some involving up to 13 participants, was to look at port developments in various locations.  But the ‘looking’ didn’t enable these delusionary eunuchs avoid losses accruing at DDDA of €213 million.

It was interesting that this culture of excess and extravagance by the Dublin Docklands Development Authority described in the Irish Independent on 8 March was materially mitigated by the perk of free flights available to Seán FitzPatrick when he was the senior independent director of Aer Lingus from March 2004, when he was appointed by the Government,  until his abrupt departure from that board in December 2008.

This culture of excess and extravagance was also abundantly evident when DDDA became a party to the acquisition of the site of the former Dublin city dump at Ringsend for €412 million in August 2006.  Professional valuations of this property, prior to this transaction, were apparently in the €250 - €375 million range .  Sixty per cent of the 25-acre site was to have been developed for residential units, a substantial proportion of which were to have been 1-bedroom apartments seemingly intended to sell for €500,000 each.  An income of €150,000 per annum would have been necessary to afford an apartment at this price, but less than 15,000 of the 483,636 taxpayers who claimed mortgage interest tax relief in 2006 earned €150,000, or more.


The median income of Irish mortgage holders in 2006 was less than €50,000 per annum .  The recognised indicator of housing affordability is that median property prices should not exceed 3-4 times the median income level of the owner - occupier, or that mortgage repayments should not be greater than 30% of family income.  This would imply that the maximum price that typical buyers' could afford, and sustain, in 2006 would have been be closer to €200,000, notwithstanding that the vacant housing stock in Dublin city that year was over 26,000 units, according to the 2006 Census.  Who benefited from the extortionate price paid for this site and what advice did the Minister obtain from the board to warrant the DDDA being a party to such an outrageously over-priced transaction?


The sooner the Minister for the Environment, Heritage and Local Government publishes the two reports into the governance of the DDDA the better.  The public have a right to understand why the State became a party to a transaction to provide homes for the super-rich; why this culture of self-indulgent excess and wanton, imperious extravagance was tolerated and if the ethical standards of their political appointees' to this board were met to the satisfaction of the Government.


The consequences of these feckless decisions is the waging of economic terrorism for many years to come on every citizen who must bear the huge additional costs relating to NAMA, higher mortgage interest rates to compensate for the cost of banks' borrowing huge sums on international money markets greatly in excess of their customer deposits', as well additional banking costs, fees and other onerous burdens.