Turkey seeks to spread its web of influence 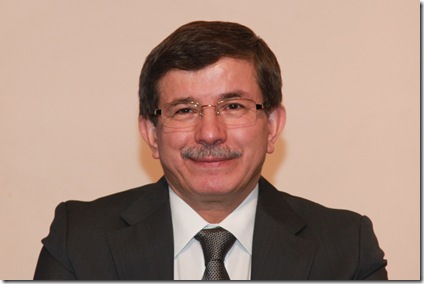 I listened with interest this week to a presentation made in Dublin by Ahmet Davutoglu, the Turkish Foreign Affairs Minister about Turkey’s ambition to spread its web of world influence, including the achievement of EU membership.  Davutoglu is a former professor, political scientist, academic and author.  He is not a member of parliament.

I made my first-ever visit to Turkey in mid February to speak at a conference on trade and investment.  It is difficult for one to have a clear opinion about a place that one has never been to.  But I was aware that Turkey, along with Croatia and Macedonia has applied to join the EU.  Opinion is divided about this and that and Turkey’s relationship with the US seemed benign in the context of Middle East affairs.

My February visit was restricted to the European side of Istanbul and I have to tell you that I was greatly impressed by what I observed.  Istanbul has a population of 12 million and the Bosphorus which flows through it to The Black Sea divides Europe from Asia.  Most of the landmass of Turkey is in Asia.  There are 8 nations bordering Turkey– Iraq, Syria, Greece, Bulgaria, Armenia, Azerbaijan, Georgia and Iran but the boundaries of all have changed over time, except those with Iran which have been intact for 150 years.  Turkey became a republic in October 1923 less than two years after we achieved our independence.

The Justice and Development Party (AKP) has been in government since 2002 and since my visit several of the top honchos in the army have been arrested for apparently threatening to overthrow the government and the country has been inflicted with an earthquake that killed almost 60 people.  The strain with the army is concerns the neo-Islamist perspective of the AKP and the secularist perspective of the army and is a clash between rival establishments each of whom is seeking to prevail.  The secular side see themselves as the guardian of the heritage of Mustafa Kemel Ataturk (1881-1938), the founder of the republic.  The AKP speak for conservatives and the religious constituency who are heavily represented among the middle class.  The political opposition, the Kemalists, have performed poorly in recent elections.  The AKP won 47% of the vote in the 2007 general election when there was an 84% turnout.

The genesis of Turkey’s interest in the EU can be traced to the Ataturk era because he considered Turkey’s fate to be aligned to Europe and the preparations for membership have been a uniting influence.  But opinion in Germany and France consider that Turkey is too big, too poor, and too Muslim to integrate fully with the EU.

Davutoglu’s case is that Turkey’s membership of the EU would expand the influence of the EU.  The EU would be open to large areas adjacent to The Black Sea, The Middle East and the Caucasus and that Turkey would embody European norms and values.  He advised that from 1989 to 2001 endemic problems in many regions of the world were ‘frozen’ in terms of resolution.  Long cease fires are no substitute for stable, representative, inclusive political systems

Turkey’s economic performance has strengthened and now ranks 16th largest economy in the world among the G-20 industrial nations, an improvement from 26th position seven years ago.   Turkey is also a non-voting member of the UN Security Council.

Turkey’s foreign policy is based on six core principles:

Istanbul is a truly fabulous city.  I have learned to distinguish between those cities that have derived from empires – Paris, St Petersburg, Rome, Vienna and Istanbul from others.  Apart from their architecture their legacy is evident in everything from their scale to their food.  I will be returning there next week.