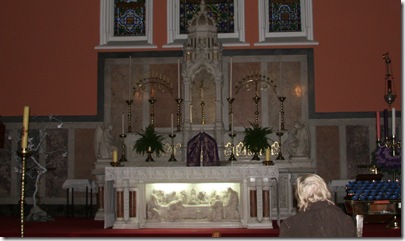 THE posturing continues.  The bruised egos are being paraded on the catwalk of public opinion.  The imperial pride is wounded but there is no appetite to place the common good ahead of personal vanity.  As the moral authority of bishops’ ebbs away they need to be judged on what they do rather than what they say.

It is now 23 days since the release into the public domain of The Murphy Report which portrays decades of the most devastating sex abuse by 46 priests that was shielded from civil process by the secrecy and antics of generations of archbishops and bishops of Dublin.  These are merely specimen cases within the time frame 1975 – 2004.  The bishops have had access to this report for several months but their response has been, at best, lacklustre and at worst, devious (“I dun nothin’)

Donal Murray former auxiliary bishop of Dublin resigned as Bishop of Limerick on December 17th  on the grounds that “my presence will create difficulties for some of the survivors who must have first place in our thoughts and prayers”.

Bishops are in a fish bowl – no term limits, no process of accountability and no established means of revalidating their mandate.

Five serving bishops served as auxiliary bishops of Dublin during the period covered by The Murphy Report.  All were ordained by the disgraced Cardinal Connell and between them have in excess of 90 years tenure as bishop.

Response to article in The Irish Times

This article was concerned  a group of seminarians in the ‘senior division’ of St Patrick’s Seminary Maynooth, Co Kildare, who in 1984 had expressed serious concerns to the senior dean regarding the strange and worrying behavioural patterns of a senior staff member towards younger students.  That staff member was Michael Ledwith vice president of the College. .

The article reported that the senior dean transmitted those concerns to some bishops.  Senior students who had conveyed their concerns directly to certain bishops and whose reports were responded to with reactions of incredulity, began to fear (especially when their actions became known) that their interventions might result in disciplinary action, such as a denial of ordination, being taken against them.  The article indicated that the bishops ignored the allegations.

The senior dean was promptly sent on a 1-year leave of absence to Rome after which his resignation from Maynooth was demanded by the Primate Cardinal O’Fiaich, on the rounds that “the bishops are gunning for you”.

Four days later on 31 July 2002, The Irish Times published a letter from four of the surviving nine bishops named rebuking the paper for publishing to original letter without any prior reference to them.  These four categorically stated in that letter that “such an allegation was never made to any of us at any time”.  None of the other bishops named ever mentioned such an allegation to any of us”

Mr Denis McCullough SC was retained by the bishops in June 2002 to investigate the allegations reported in The Irish Times that complaints were made alleging sexual harassment of seminarians at Maynooth College in the early 1980’s and that those complaints did not receive a proper response.  Specifically it was alleged that complaints had been made by seminarians to the bishops and Trustees of Maynooth College that Monsignor Michael Ledwith who was then Vice President of the College had sexually harassed seminarians.

McCullough’s investigation did not require him to inquire into the behaviour of Ledwith either in the early 1980’s or at other times but simply to investigate whether complaints about him were made by seminarians to bishops or trustees of the College.

Ledwith was appointed Presdient of Maynooth College in 1985, a post he held until 1994.  The Ferns Report cited him for sexually abusing a boy aged between 13 and 15 years.  Ledwith is now a teacher at the Ramtha School of Enlightenment, in the United States.

McCullough completed his report in March 2005 and it was published by the bishops who commissioned it on 16 June 2005, less than three months before the publication of The Ferns Report.

Those he interviewed agreed that there were no complaints made by the seminarians themselves to bishops about sexual abuse by Ledwith of seminarians in Maynooth College.  But McCullough confirmed that “concerns of apparent propensities rather than accusations of actual crime or specific offences” had been communicated to a number of bishops by the senior dean of the college – the whistleblower who had been ostracised by O’Fiaich.  McCullough concluded “that to have rejected the senior dean’s concerns so completely and so abruptly without any adequate investigation may have been too precipitate, although, of course, to investigate in any very full or substantial manner, a generic complaint regarding a person’s apparent propensities would have been difficult”.

So the decided to promote him as the principal figurehead in charge the education of future priests rather than turn him over to the police.

Cardinal Brady stated when the report was published “we accept the findings of the report.  A complaints and disciplinary procedure is included in the revised College Statutes.  These procedures are kept under constant review in the light of best practice in that area.  We regret any hurt felt by those involved and that the investigation in 1984 was not more thorough”