Should Ireland review diplomatic ties with The Vatican? 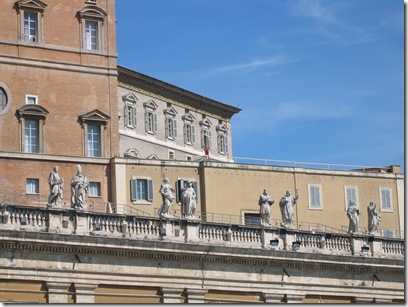 Why should a rain-sodden, destitute and spiritually bankrupt nation on the on the fringes of Western Europe continue to tolerate a Machiavellian and mischievous diplomat as Dean of its Diplomatic Corp when not one, but two incumbents, behaved so treacherously toward their host nation?

The sovereignty of The Holy See is captured in three treaties signed with Italy on 11 February 1929 acknowledged, among other things, the full sovereignty of the Vatican and established its territorial extent; however, the origin of the Papal States, which over the years have varied considerably in extent, may be traced back to the 8th century.

The oldest diplomatic service in the world is that of The Holy See when legates were originally essentially spiritual emissaries.  Permanent papal representatives began to appear In the mid-15th century and by the 16th century, there are records of the  establishment of apostolic nunciatures in different countries, with an exchange of representatives between those countries and the Holy See. The very first apostolic nunciature was established in Venice in 1500.

As affirmed in the Vienna Diplomatic Convention 1961 of April 18, 1961, the Holy See's ambassadors, or apostolic nuncios, are considered the deans of the diplomatic corps of the country to which they are accredited by agreement with the receiving State. The Holy See currently exchanges diplomats with 162 nations.

Canon Law 364 defines the duties of a legate: "to send information to the Apostolic See on the conditions of the particular churches ...; to assist the bishops by action and counsel, while leaving intact the exercise of the bishops' legitimate power; to foster close relationships with the conference of bishops ... ; to transmit or propose the names of candidates to the Apostolic See in reference too the naming of bishops ..."  There is precious little evidence of assisting bishops by actions and counsel in Ireland when the issue is child sex abuse.

Popes in their secular role ruled portions of the Italian peninsula for more than a thousand years until the mid 19th century, when many of the Papal States were seized by the newly united Kingdom of Italy. In 1870, the pope's holdings were further circumscribed when Rome itself was annexed. Disputes between a series of "prisoner" popes and Italy were resolved in 1929 by the three Lateran Treaties, which established the independent state of Vatican City and granted Roman Catholicism special status in Italy. In 1984, a concordat between the Holy See and Italy modified certain of the earlier treaty provisions, including the primacy of Roman Catholicism as the Italian state religion. Present diplomatic concerns of the Holy See include religious freedom, international development, the environment, the Middle East, China, the decline of religion in Europe, terrorism, interreligious dialogue and reconciliation, and the application of church doctrine in an era of rapid change and globalization. But their concerns do not encompass the the sodomy of Irish children by far too many priests.

The failure of the Congregation for the Doctrine of the Faith at The Vatican to provide information to The Murphy Commission on reports of clerical child sexual abuse from 1975 to 2004 which had been conveyed to the Congregation by the Archdiocese of Dublin highlights that the Irish people of all religions, and none, have a political and a civic relationship with The Holy See that is separate from its ecclesiastical relationship with Catholics.

The decision by two incumbents' of the office of  Papal Nuncio to Ireland in 2007 and in 2009 not to forward to the Commission all documents in his passion relevant to the Commission’s terms of reference cannot be construed as other than a demonstration of contempt towards a Commission that is independent of the Government and towards the Irish people for whom cooperation was an issue of vital national importance.

There is clearly no point in Ireland pursuing a high-level, but non-productive and inert, diplomatic relationship in such circumstances. I therefore agree with the suggestion of Des O’Malley that the Irish Embassy in Italy ought to take care of whatever diplomatic business arises with The Vatican on a non-residential basis.

The passage of the 5th Amendment to the Irish Constitution deleting the text conferring the recognition of the State on the 'special position of the Holy Catholic Apostolic and Roman Church as the Guardian of the Faith professed by the great majority of the citizens' on 5 January 1973 must surely challenge the practice of the Papal Nuncio continuing automatically to be the Dean of the Diplomatic Corp in this country. If it is necessary to appoint a Dean why not pursue the practice in other countries where the longest-serving ambassador fulfils this largely ceremonial role? This would ensure that this role is undertaken by a range of ambassadors over time and the Government and the people are less likely to be humiliated when the titular Head of the Diplomatic Corp chooses to ignore the authority of the State on ascertaining the truth with respect to vile criminal, carnal acts.