Candidates for top positions in Irish banks must be independently vetted 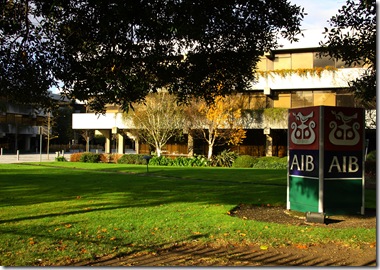 ALL candidates for top positions in systemically important Irish banks and building societies’ must be independently vetted before being offered the job.  Responsibility for this ought to rest with the Governor of the Central Bank or the Director of Corporate Enforcement.

The competence of incumbents also needs to be routinely scrutinised against known criteria and severe sanctions put in place if breaches of competence are identified.

The resignation of the chief executive, Eugene Sheehy  and chairman, Dermot Gleeson of AIB was announced on 1 May to avert a revolt at the AGM.  The position of chief executive has still not been filled although AIB seem to be attempting to manoeuvre an insider into it.  That is an appalling vista for a company that has sucked €3.5 billion for taxpayers to compensate for its grotesque incompetence and inadequacy.  The current financial crisis is merely the latest in a series of monumental blunders at this bank including the loss of $691 million in its US affiliate, Allfirst, by the rogue trader, John Rusnak; systemically overcharging its own customers and tax evasion of epidemic proportions through the allowing Irish customers maintain offshore bank accounts.  AIB and Bank of Ireland seem to embrace the arrogant posture as an entity ‘too big to fail’ with a management untouchable by Government that was too big for its hobnail, country and western boots.

An  article by business columnist, John McManus in The Irish Times on October 19th describing AIB as being ‘arrogant’ in attempting to appoint an insider to the position of chief executive was followed by a letter to the paper from former AIB director, Padraic Fallon on October 21st endorsing the candidacy of the imputed candidate – and signalling to the Irish public how the cosy cartels and golden circles are alive and kicking, crisis, or no crisis. This prompted me to have my say on this matter which was published in The Irish Times on October 19th and in the Irish Examiner the following day.

There doesn’t appear to be any processes currently in place in Ireland where candidates for significant positions of influence are vetted thoroughly by the Central Bank or the Financial Regulator. A consequence of this is that an insider was chosen by the Court of the Bank of Ireland to be its incumbent chief executive. This person, having been previously in charge or retail operations in Ireland at Bank of Ireland and those reporting to him are directly responsible for the SNAFU that Bank of Ireland is now in which the taxpayer is bailing out.  British banks no longer have a free hand to make senior appointments.

The British Financial Services Authority (FSA) is the counterpart of the Irish Financial Regulator. Its mandate is to regulate the 5,000 firms in the British financial services industry and it has four objectives:

It has independently vetted candidates for positions that perform ‘significant influencing functions’ (SIF) since October 2008 and it announced an even tougher approach to this issue two weeks ago. These positions in practice are chairman, chief executive and senior independent director of systemically important financial institutions.

During the past year 15 of the 224 candidates who applied for top jobs, including chairman or chief executive, have pulled out before a formal decision was made. Twelve of them dropped out after an initial interview with the FSA during which they were questioned about the adequacy of their ‘skills, experience and integrity’ for the job. Companies are unlikely to challenge FSA decisions because appeals and their results are public and if an appeal is unsuccessful the FSA could make a public statement identifying the applicant and the firm involved. The FSA blocked 16 appointments from a total of 224 it has reviewed. Another 156 were accepted and 52 are pending.

The FSA wrote to all regulated firms two weeks ago, in the light of what it saw as shortcomings exposed by the financial crisis, to reinforce its regulatory philosophy and more intrusive approach in placing a great deal of emphasis on governance and the responsibility of senior management. New procedures have been introduced to interview, at its discretion, candidates applying to perform SIF roles in particular firms and it is to place greater emphasis on monitoring the performance of persons already performing SIF roles. This includes reviewing more critically the competence of such persons. The FSA assessment of competence of persons performing SIF roles is based on expectations set out in a handbook titled Supervision Manual

One of the key questions the FSA expect relevant senior management of a firm to be able to answer is: What are the circumstances under which the firm will fail?

In assessing competence, the FSA will expect senior management to be able to demonstrate their understanding of the inherent risks in the business/markets and to articulate what plans are in place to mitigate the risk of failure.

The FSA will take tough enforcement action against approved persons where it finds evidence of culpable misconduct or a breach due to competence failures (as well as cases of dishonesty and lack of integrity).

The principal purpose of the interview is to help assess the candidate’s fitness and propriety, including his or her competence and capability, to perform the role in question.

The interview (which takes place at FSA offices and normally lasts about 90 minutes), explores a range of issues that are relevant to our approval decision, including, but not limited to the:

In circumstances where the FSA decide to grant an application, it will provide written notice to the firm, who in turn, should notify the person concerned. In addition, the FSA will normally write to the candidate setting out the key points of the discussion, which will include its understanding of the person’s priorities during their first few months in post, and any action points agreed, which the FSA will follow up as part of its normal supervisory activity. A copy of this letter will also be sent to the firm.

Contrast that with what has been happening here!  The only apparent change in approach is that Gillian Bowler, chairman of Irish Life & Permanent Plc has abandoned her sunglasses indoors so that she can observer venality without ‘rose tints’. The Committee Stage of the NAMA legislation ought to provide an imminent opportunity to press this important matter into the statute books.