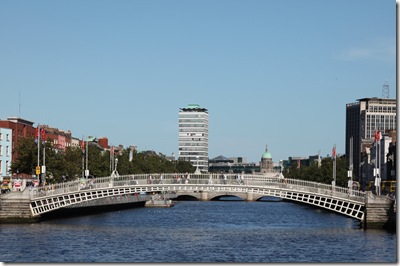 SIPTU are planning strikes, a pre-Budget showdown, so that 34,000 members in the HSE can obtain the first 3.5% increase agreed under Towards 2016.  The David Begg enterprise at ICTU is planning a parallel campaign, to solicit a ‘fairer’ and ‘better’ way to economic recovery.  Fairy tales for the disillusioned, the disappointed and the gullible.

That partnership agreement was nodded through in radically different circumstances than those prevailing and, worse, threatening.  The Social Partnership process has become a meaningless puppet theatre populated by stakeholders with shrinking memberships and no evident national mandate.

There are currently 186,026 active companies registered in Ireland. I cannot say how many of these employ people or how many are represented by employer lobby groups but if they had a strong mandate the public would hear about it. The average number of companies formed each year between 2003 and 2008 was 17,164.  The number of companies formed so far in 2009 is 10,294 ~ 60% of the average annual rate, reflecting leaner times.

The impact of the recession, the rise in unemployment and the number on the Live Register has adversely impacted trade unions and lobbyists

The purported purpose of Social Partnership was to create conditions of fiscal stability, improved living standards and a framework from which to respond to the challenges society faces.  It has had its day because it has evolved into a charade where there is no apparent potential capacity for stakeholders to achieve anything of mutual value that enhances the common good. The restoration of competitiveness is challenge #1 and trade unions and lobbyists need explicitly articulate how their various shenanigans advance that objective.  Welfare funding is a by-product of a competitive economy, not an imploding one.

Jack O’Connor advises that the strikes will not be focused on any particular sector and he expects support from trade union members generally.  Given the precarious predicament that those hanging on to their jobs are in, it will be most interesting to see how extensive, passionate and sustainable the ground-swell of support for this action is. How many days pay are people prepared to forego in the run up to Christmas to secure a pay increase for somebody else?  The Saturday march last Spring against the tax levy, I suspect, was the highpoint of mass protest allowing people to respond to their sense of trauma and distress that an abrupt contraction in living standards brings about.

Tax revenues to the end of September was €4.772 million less than the first nine months of 2008 and they €965 million short of the target set when the supplementary Budget was presented on 7 April.  Jack, the cupboards are bare.  I suspect that other trade union members are in no mood to pay additional taxes to fund this ego trip of self-justification.  Furthermore, how many of the potential recipients of this increase would have to be made redundant to fund these increases?

The evening news featured a computer-generated image of the proposed replacement for Liberty Hall.  The bargaining power and public stature of all lobbyists in Ireland is greatly diminished and marginalised.  The public are growing weary of their one-dimensional siren call ‘feed my infinitely self-indulged, cosseted and bloated pigs with more of your taxes’, me, me, me’  If SIPTU don’t get their act together they will be as viable as Aer Lingus by the time this proposed structure is built and the credibility of their leadership will be as comparable.

Having listened to the David & Jack charade over recent days, I can’t help thinking that the trade union movement are responding to this crisis as if it were the property collapse that occurred in Ireland in the 1870’s, directly after the disestablishment of the Anglican Church.  There were many similarities,  not least being the evaporation of credit and no property transactions.  At that time the dreaded landlords controlled estates that cumulatively were equivalent in size to the land mass of five Leinster counties!  There are no such deep pockets of obvious wealth now.

The FÁS debacle is the granite tomb-stone of social partnership complete with a photograph of Rody Molloy, Christy Cooney, Danny McCoy and Peter McLoone.  That IBEC/trade union playground frittered €1 billion every year on dubious  ‘social partnership’ objectives and whatever else randomly came into their ever-entitled, manipulative, imaginations laced, as became clear, with a strong veneer of peasant-cunning.

The public of this country will no longer be stampeded into more cul-de-sacs either by ‘social partners’ or that other pariah,  the Construction Industry Federation – who would like nothing more than millions of € in subsidies to compensate for the unsalable, unwanted and extortionately priced mud-huts that are scattered across the length and breadth of the country.  CIF need to descend a steep learning curve to understand some basic economic lessons about demand, supply, integrity and value.