The chances of encountering a rogue Irish solicitor are increasing 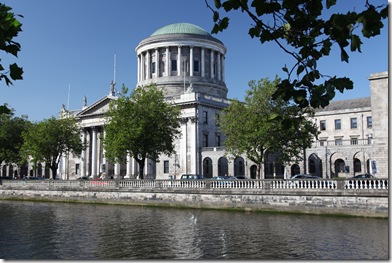 THE Master of the High Court, Edmund Honahan, has once again drawn attention to the issue of solicitors’ costs when he indicated that they are not entitled to ‘windfall’ costs on the basis of a litigant securing a substantial settlement – because there is not an additional work burden involved. He also highlighted various reports on legal costs that had not been implemented thus causing the Courts to set clear guidelines on the issue of costs. He reminded solicitors’ of an obligation to advise clients being sued over debts who have no defence to the claim against them that each summons contains an ‘easy-pay option’ capping the creditor’s costs at €167, irrespective of the amount of the claim.

If solicitors’ do not take take these admonishments on board and are clearly seen to do so – why should the public trust the advertisements of the Law Society of Ireland on the theme ‘talk to your solicitor’?  Where is the potential for basic trust in this profession if the issue of cost is shrouded in such ambiguity?

The latest Irish solicitor to have his practicing certificate suspended by the High Court is Padraig Butler, who practiced as Butlers Solicitors, in Kilkenny.  He admitted taking more than €1 million from the estate of a deceased client ~ the estate itself was valued at €4 million.  This is the most recent in what seems like an increasing number of malpractice episodes by Irish solicitors.  Some of these have been especially high profile ~ the Lynn and Byrne cases come to mind in this respect.

Those cited for misconduct are not confined to any age group, gender, career stage of geographic location.  It seems that the likelihood of a client encountering a rogue solicitor seems evocative of the likelihood of becoming infected with a virus.  The rogue you see in the mirror maybe closer than you realise, whether you are alive, or dead.

The Solicitors Disciplinary Tribunal has a membership of 20 solicitors and 10 lay members who are appointed by the President of the High Court.  The Tribunal’s statutory powers are mainly confined to receiving and hearing complaints of professional misconduct against members of the solicitors’ profession.

The 2008 Annual Report indicates that there has been an increase in the number of complaints against solicitors’ has been reflected in an increased number of sittings of the Tribunal.  Applications to the Tribunal are made by the Law Society of Ireland.

The Tribunal’s analysis of complaints out of which findings of misconduct arose revealed:

The Chairman of the Tribunal described 2008 as “challenging” due to the nature of the complaints made.  The findings of misconduct and referrals to the High Court have increased at an alarming rate:

There have been a series of radio advertisements promoting the engagement of a solicitor.  These are to promote the engagement of a solicitor -  perhaps in a context where the potential client had no prior experience of a particular issue, or at individuals who could become a solicitor’s client for the first time.  But how much trust can an inexperienced client of a legal professional place in the chances of not being ripped off by a rogue solicitor?

What expectation can a wronged solicitor’s client have of adequate compensation?

If a client is ripped off what is the position with respect to compensation?

The adverse trend in complaints and findings of misconduct must raise concerns among clients and potential clients about the issue of professional indemnity.   There clearly has to be an increase in claims on the professional indemnity fund.  The fund itself, apart from being depleted by claims on it, could also be undermined by the losses in the financial sector in Ireland.  The consequence would be that there is less protection for clients.

Solicitors’ are obliged to carry professional indemnity insurance but do rogues’ follow rules?

The cost of indemnity premiums must be increasing but are they affordable by the solicitors and can the clients afford the extra costs?

If the Law Society do not provide some reassurance and clarity the legal profession could end up like a posse of uninsured casual window cleaners who can potentially sue their customers for hefty compensation in the event of an accident on a customer’s premises. That will require more than bland radio advertisements broadcast at daybreak.

The President of the Law Society of Ireland, John Shaw, joined other luminaries in paying tribute to the retiring President of the High Court, Richard Johnson, at the Four Courts on 23 October.  Shaw’s tribute was to compliment Johnson for his handling of cases involving rogue solicitors.