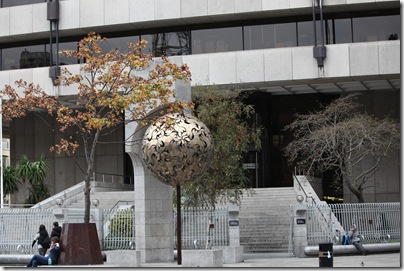 WHEN the time arrives to review the history of the current economic crisis some scholar will have to analyse the consequences of regulators’ subsequently becoming directors of companies they once regulated when they leave office.  What contribution is expected of them in a board room?  What impact can and do they make?  Are these appointments even appropriate for a quasi-judicial office holder?

When a judge retires he doesn’t subsequently become a prosecutor.  If a financial regulator becomes a director of regulated banks is there a danger that an incumbent regulator spends too much effort courting favour with those that are supposedly regulated? Will the anticipated reshaping of the Irish financial regulatory system outlaw this practice to continue or is it only a matter of time before Matthew Elderfield, the newly appointed Head of Financial Supervision at the Central Bank, becomes a director of a plethora Irish banks?

The first chief executive of the Irish Financial Regulator, Liam O’Reilly is a director of two financial institutions that have been heavily fined for compliance failure.

Last month, Irish Life and Permanent Plc was fined €600,000 last month by the Financial Regulator for unspecified breaches in relation to reporting requirements.  Its internal controls were deemed incapable of ensuring the necessary accuracy causing asset values to be overstated.  This outfit has a loan book of approximately of approximately €40 billion of which only 33% is funded by customer deposits – the remainder by a combination of long (29%) and short term (38%) debt, with access to debt curtailed.

O’Reilly became a director of this firm on 12 October 2008 – just weeks before €7.5 billion walked out the door to illicitly prop up the balance sheet of Anglo Irish Bank Plc

Merrill Lynch has been fined €2.75 million by the Financial Regulator.  Two incidents, one in December 2008 and the second in February 2009 led to losses of $456 million in Merrill Lynch International Bank Limited.  A second incident between May and August 2009 caused a loss of $5.3 million.   O’Reilly became a director of this company in March 2007.

The Financial Regulator indicated that the breaches were a consequence of a failure to have in place well defined and sufficiently transparent lines of supervisory responsibility and a failure to oversee a traders activity because the month-end price verification process was inadequate.