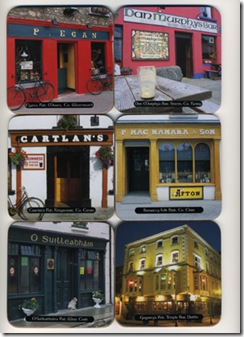 THE LATEST vested interest to pivot precariously, like a circus clown on the shoulders of a dwarf, is The Vintners’ Federation of Ireland, which claims to represent the interests of 5,000 publicans’.  But if the number of publicans going out of business is as high as they claim the Federation’s membership dues must be under severe pressure and the basic commercial viability of the pub business must be suspect.

Is there even a country in the world where socialism is the embedded norm tolerate such indulgence?  It is one thing to aspire to socialised medicine so that every citizen can get  fair crack of the whip – but socialised pub?  Are State incentives really necessary to fill the nation’s accident and emergency facilities?

Creators of their own misery

These very publicans not the authors of their own downfall.  Like the farmers, the milked every money-making opportunity for capital gain that be exploited through their property assets.

Alcohol consumption in Ireland has increased by 21% in the past five years and this figure does not include the very substantial quantities of alcohol purchased outside the jurisdiction. It would seem that the publicans' now want taxpayers' to compensate for the drop in demand exacerbated by their own price increases and poor value!

The revision of blood-alcohol limits and the introduction of mandatory breath testing has resulted in a drop in fatalities but the number of arrests for drink driving has increased by a third in five years.

Is this evidence that the publicans' of Ireland have lost the plot while consumers have redefined their own concept of value?  If so, is it realistic to seek subsidies that, in effect, are from lost customers without offering anything of value in return, either to them or to the State?

Decline in the number of publicans

The VFI are therefore telling blatant lies about the number of publicans who have gone out of business, or else they are exaggerating the scale of the impact of the recession on their members.

There are approximately 7,000 VAT registered publicans in the country.

The consequence of the sought-after VAT reduction would be an annual loss to the Exchequer of €15.58 million on spirit sales and €45.78 million on beer sales, an annual total of over €60 million.  Is this why the over-70’s are denied medical cards and special needs teaching facilities are eliminated?

This subsidy is intended to apply to vulnerable but viable businesses in the manufacturing or internationally traded sectors whose exports contribute to the nation’s balance of payments.

Subsidy recipients must have already taken significant restructuring measures to improve their competitiveness – such as reducing costs and improving productivity. They must employ 10, or more, persons and that they have sufficient cash to trade up to at least the end of 2010.

Neighbourhood pubs make absolutely no positive contribution to the balance of payments. Few of them employ ten persons, or more. Seventy four per cent of the beer and forty five per cent of the spirits they sell is made in Ireland. The balance is imported.

Changes in alcohol consumption in Ireland

While the number of pubs has declined the number of non-publican Class A liquor licences has increased by over 1,000 from 10,113 in 2006 to 11,117 in 2008. What does this say about the basic viability of the pub business and its capacity to provide customers with what they want at a price they deem value for money?

There has been a fairly dramatic change in consumer preferences for alcohol in Ireland. Beer consumption from the Irish retail market has declined from 23,226,732 litres in 2003 to 21,705,622 litres last year. Spirit sales have increased by an overall 10%, with increases recorded both of home produced and imported products. But the largest change in preferences has been in the wine business.

It is hard to believe that there were only about a half dozen outlets in Dublin retailing wine in the early 1970’s when Ireland joined the EEC. Our demand for wine in the past five years has increased from 60 million to 80 million litres per year – not an inconsequential figure for a country with a population over 15 years of age of 3.5 million persons. These trends do not includes purchases of alcohol in Northern Ireland, or elsewhere outside the national jurisdiction.

The downside of all this booze is that the number of arrests for drunk-driving has increased from 13,441 to almost 18,000 in the five years to 2008. The number of fatalities has moderated from 335 to 279 after the alcohol limits for drivers was reduced to 80 mg per 100 ml of blood and mandatory breath testing became law in March 2007. The limits in 18 other EU member states is lower that the current Irish tolerance level while that in Britain and the United States is comparable.

There has been a radical shake-up in the Ireland’s alcohol sector with drinkers much more aware of statutory restrictions and what constitutes value for money. More of them are drinking at home. While some pubs have developed attractive dining offerings, too many of them are stuck in a time warp where the stench of urine, faeces and bleach, combined with outrageous prices have prompted customers look elsewhere.

The amount of VAT is therefore aggravated by publican price hikes so if they reduce their prices VAT is automatically reduced. But they will hardly opt for this solution because it is too much like hard work. It is far easier to poor-mouth the State for €60 million and not have to lift a finger!

Pubs are not systemically important, unlike the enterprises of Sean FitzPatrick and Michael Fingleton, two of the architects of the property bubble which gave publicans and many others the illusion of  growing prosperity and the Government capitals gains tax.

If the wish list was acceded to the cost of doing so would be borne directly, or indirectly by the customers’.  This would have the consequence of reducing their disposable income so they could not afford to buy any more drink.  A Mexican stand-off would then occur whereby the Vintners Federation would claim a victory, of sorts, but the pubs would not earn any more revenue.  The ‘victory’ would therefore only be a charade and the only potential benefit, in practice, would be to maintain the level of dues paid to the Federation.

But that option involves dipping nicotine-stained fingers into the empty pockets of formers customers and I don’t think that even a maudlin’ bishop would argue in favour of the morality of that!