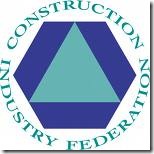 THERE are facets of the construction industry in Ireland that have a most vile and debased legacy.  The 1980’s and 1990’s are littered with episodes of an endemic corruption.  The national planning process became the toy of county councillors’ and squalid developers’.  Their medium, bribes, was the currency of the realm stuffed into grubby brown envelopes, often delivered in the foyer of council offices or in  a local pub, directly after planning votes had been taken.  This was not a victimless crime.  Bad planning decisions meant low, or no, physical planning standards.  Cluttered housing estates and inadequate infrastructure, with partition walls of houses and apartments so thin that one set of neighbours could hear another set copulate, flushing their toilets, or taking a shower in an adjacent house became a common feature of suburban life. The losers were the citizens’ obliged to pay daunting sums for overcrowded, sub-standard residential accommodation.

The next phase involved massive land arbitrage with fields of thistles in isolated locations trading for millions of € both prior and post the planning permission stage.  Our population started to expand in the mid 1990’s and by 2003 the circumstances that created a property bubble became mature.  The € became the day-to-day currency of Ireland in 2003 and interest rates were set by the European Central Bank.  Its decisions would not necessarily take account of local Irish credit circumstances.  There was no effective regulation and credit leached like a leaking sewer into the Irish economy. The sales of helicopters and luxury vehicles soared.  The badge of success was excess, vulgarity and self-aggrandisement.

We observed prospective newly built slums being released for sale in ‘phases’.  The difference between one phase and another were enormous price hikes based on no other reason that supplies could command it.  The Irish Government picked up higher tax revenues in the form of stamp duties, value added taxes and income taxes from an expanded construction workforce.  The losers’ continued to be the house purchaser who was obliged to borrow unsustainable multiples of a modest wage to fund this madness.  Several banking parasites offered mortgages with a loan-to-value ration of 100%, or more.  The creators of this orgy embraced the lifestyles of the medieval aristocracy – but without a change in personal social status.  Once an ignorant peasant – always a peasant, with or without a silk handkerchief and a booming culchie accent.

WHEN I read the pre-Budget deliberations of Philip Crampton (50), Vice President of the Construction Industry Federation, I wondered if these has been prepared by a world-wise Harvard educated economist whose quest for a Nobel Laureate had been callously overlooked, or had it been prepared by an economically-illiterate bucolic peasant with an imagination honed in the Soviet era.  Crampton’s overall thrust is to  “stabilise the property markets”.  But is there  nothing more stable than a frozen, decaying, abandoned corpse?

The shopping list includes a time-limited (presumably of 100 years duration)  tax-credit initiative for first time buyers of their members’ recently constructed, but unwanted, shanty huts built in thistle-choked fields adjacent to the Irish provincial townships’.  That incentive would directly benefit the pick-axe wielding galoots’ who created the property bubble and enable them pay their dues to the CIF so that there are funds to pay the €250,000 per annum salary to its emblematic Director-General.  The State must not induce moral hazard by recreating another phase of the property bubble.

They hold out ‘the prospect’ of the Government generating €1.2 billion in VAT.  But how is it proposed to derive sales of shanty huts for which there is no discernable demand?  That prospect is as realistic as the probability of a 60-year old woman bearing triplets each of mixed race ethnicity.

The CIF also support the abolition of residential stamp duty (simply abandon €400 million -  €1 billion of tax revenue) on second-hand houses – which they admit would not create a specific return to the State but “would underpin the market’s confidence and give home owners greater mobility in line with changing work and family circumstances”.  What inane rubbish!  But would you really expect anything else?

A ‘time-limited’ tax credit means tax foregone that must be replaced by other taxes or additional debt above the €54 billion for NAMA and the current Irish National Debt of €73.26 billion.

The October Exchequer Statement profiles an economy with a deficit of €22.7 billion exacerbated by a 16.5% drop in tax revenue.  Does Mr Crampton expect the potential purchasers (and others) to pay higher income taxes or VAT to fund this proposed tax credit?

The potential of generating additional VAT from a market that is dead would require sales of €5.71 billion (22,840 new houses at €250k each).  This would require mortgage funding of €5.14 billion in an economy where mortgage debt is €148 billion and record levels of unemployment are escalating each week. The banks cannot maintain an adequate customer deposit base to sustain such borrowing and lend to the productive sector of the economy.  They are forced to reduce lending in order to sustain an adequate capital base.

Customer deposits at AIB dropped by €10 billion to €83 billion from January to June 2009.  Customer deposits at Bank of Ireland on 30 September 2009 were €87 billion but only €34 billion of this is attributable to Irish customers’ and the impairment charge on its Irish residential loan book increased by €54 million between March and September 2009.

The retail value of these properties would have been approximately €125 billion if the loan-to-value ration of these loans was 95%.  It was, in practice frequently higher and based on spurious and unsustainable definitions of ‘income’. If the value of these properties has dropped by 40% since 2007 that would represent negative equity throughout Ireland of the order of €56 billion.

The Bank of Ireland claim to have 21,000 mortgage customers’ experiencing negative equity.  If the €28 billion it has lent in residential loans accounts for 19% of the market is it not likely that it is connected to 19% of the 548,000 houses sold between January 2003 an June 2007?  If so, perhaps as many as 104,000 houses with Bank of Ireland loans are in the negative equity arena.  This, of course, adversely impacts consumer confidence and Mr Crampton’s dreams.

The stamp duty derived in Ireland from property transactions between 2003 and 2008 was as follows:

Last year stamp duty from property accounted for 60% of total stamp duty.  Stamp duty receipts between January and October 2009 were €729,151,000 of which perhaps €437 million is property related.

Mr Crampton – the bubble has burst and the construction industry is no longer central to Irish economic recovery.  It may have a potential marginal contribution make.  30,000 mortgage holders are in arrears.  There will only be a recovery in this sector when your members provide a product that people actually wish to buy at a location that they desire at a price they can afford.  The galoots with pick-axes, the champagne, the brown envelopes and the helicopters will be humiliated into destitution and clinical insanity - pistol whipped by their voracious greed.

Asset bubbles are created when the value and price of an asset diverge.  This is characterized in the housing sector when the potential yield from renting a property doesn’t have appropriate correlation with the price of that property – when the anticipated reward is in the form of a capital gain instead of an income flow.   If CIF members cannot deliver product at prices customers can afford they simply don’t have a viable business.