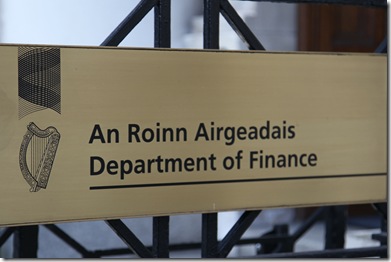 THE latest posse of knuckle-dragging parasites attempting to loot Irish taxpayers’ are the nation’s  hoteliers’.   Their mouthpiece, The Irish Hotels Federation, want to remove investor risk by slipping their greasy fingers around you tax payments because it has dawned on them that their industry has been an economic basket case since 2002 and they need to eradicate all risk to their investors!  The investors comprise fat cats who opted for tax avoidance rather than taxation.

This tale of woe has its origins in 2003 when The Irish Hotels Federation successfully hollered and yelped for tax allowances on capital investment to be spread over 7 years rather than 25 and their wish was granted. There were 42,235 hotel bedrooms in 860 hotels at the end of 2002. The Irish banks sector provided credit of €2,862 million to the hotel sector at that time (equivalent to €67,763 per room, with a loan-to-value ratio of 1.4) . If the capital tax allowances they so desperately sought were granted they intended to add 3,707 bedrooms in 45 new hotels bringing the total complement to 45,942 bedrooms in 905 hotels by the end of 2005.  The new rooms were to generate additional annual sales revenue of €61.85 million, having cost €463 million to construct (average construction cost €125k per room).   Another  important objective was to attract international hotel companies, such as Marriott, Radisson, Hilton, Four Seasons, Westin, Quality Hotels to operate them.

The lynchpin to achieve this was to attract the support of fat cats – high net-worth individuals with high anticipated tax liabilities in Ireland over the subsequent 7 years that could be avoided through the availability of capital allowances on new hotel projects.  If these allowances were not to be granted that “would have serious consequences of the industry as whole”.  The fat cats, the IHF said, would have otherwise invested their abundance outside Ireland and on villas in the Mediterranean.

A hotel building project costing €12 million would attract tax allowances over 7 years worth €4.92 million.  The fat cat would invest half of this, €2.46 million and the remainder would be borrowed with recourse to no other assets that that hotel.  The grand plan was that after 7 years milking tax allowances the property could be sold at multiples of its construction cost.  Unfortunately for those concerned, the property bubble burst.  Many of these hotels never made profit so their capitalised value is also down the toilet.  Therefore, the risk of loss must be passed to the taxpayers’ and ranked higher than welfare in priority.

The Irish hotel industry in 2009 apparently comprises 917 hotels with almost, – and, wait for it, 60,000 bedrooms. Approximately €1 billion has been claimed in capital allowances by the fat cats since 2003 and a further €600 million is potentially claimable. While hotel bedroom capacity increased by 42% the brilliant and astute Irish banks increased credit to the hotel industry increased by 188% to over €7billion (equivalent to €116,000 per room – but with a loan to value ratio of 1.88).

Bed-night demand by overseas visitors increased by 33% to 13,585,000 between 2002 and 2008 . As you can glean –everything is a little out of kilter and urge of fat cats to avoid paying Irish taxes ran somewhat ahead of reality and needs of the market place.  Not enough consumers came traipsing in their hotel doors willing to pay exorbitant prices and tolerate the impersonal  service provided by a badly paid, poorly trained, non-unionised. Eastern European labour force.

The annual capacity of the Irish hotel sector is of the order of 21 million room nights and the number of beds per room trend has increased.

When the consumers don’t show up to be financially castrated the next category to be raped is the taxpayer.  The Irish Hotel Federation looked into its soul and found the practice of reducing prices, so that they somehow relate to the consumer’s perception of value, is a flawed practice because it leads to market failure. Their pre-Budget submission this year ‘no more taxes but bucket loads of subsidies’.  They want State support to survive the recession caused by the banks who lent them too much money.  The natural consequence of any failed commercial adventure is that they go out business and that’s what these hotels need to realise.  Perish and get lost.

This means essentially that industry revenues are lower because extra transactions do not materialise. “The traveller is becoming more demanding in securing value for money” – their words, not mine.

Facilitate the closure of 217 hotels built since 2005 containing 15,600 rooms through the following ‘exit strategy’.  They call for ‘a managed process’.

Well, they certainly do have major financial implications.  The Government has decided to save €233 million by cancelling Christmas welfare bonuses.  A €1 billion claw-back could pay the welfare Christmas bonus four times over were the Revenue Commissioners to nail these belligerent bastards to the contingent liabilities.

The want the Financial Regulator (if he’s awake) to oblige Irish banks to recognise bad loans in hotels. But the banks are playing ‘cute whore’.

They are reluctant to do define a loans as bad because if such a bank asset is not realisable they need to raise more core capital and they are not in a position to do so – hence NAMA.

This grand plan could also mean that if a large portion of the extra €4 billion in bank credit provided since 2003 becomes bad, the taxpayer is left with the liability.

Having written off hotel debts and saddled the taxpayer with them, the parasites reckon that such hotels could be recycled back into the market at low capital cost and this would have long-term implications for competitors so they anticipate that this risk would need to be managed.

Finally, now that all risk has been shoved onto the taxpayer the IHF advocates ‘transparency’.  The morons have apparently been charging different tariffs at home and overseas – ripping off foreign tourists and taking what they can get from the locals.