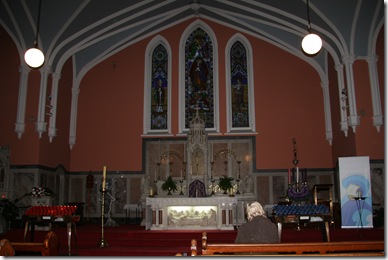 The Murphy Commission is the third major State sponsored investigation into child sex abuse in Ireland perpetrated by Catholic clergy.  Its report was made public on Thursday, November 26th.

The Murphy Report bears the name of its chairman, Mrs Justice Yvonne Murphy, a Circuit Court judge since March 2006.  She is the wife of Mr Justice Adrian Hardiman, a member of the Supreme Court of Ireland.

The Murphy Commission found that the Bishop Donal Murray, currently Bishop of Limerick but formerly an auxiliary bishop of Dublin did not deal properly with suspicions and concerns that were expressed to him an abusing priest and that his failure to investigate suspicions was inexcusable.  Murray himself, in 2002, accepted that he had not dealt well with the situation.  This case concerned Fr Thomas Naughton about whom sex abuse complaints were filed by 20 people and there are suspicions of additional episodes of sex abuse involving other unidentified people.

Following the publication of The Murphy Commission report there have been calls for Murray’s resignation to which his response has been that at no time did he receive and allegation of sexual abuse but that his inability to determine the truth was attributable to his own lack of skill and experience.

Donal Brendan Murray is 69 years of age.  A priest since May 1966, he was appointed auxiliary bishop of Dublin in March 1982 by Archbishop Dermot J. Ryan at the age of 42 and held this position for 14 years until his appointment to Limerick.  Ryan, along with his predecessor, Archbishop McQuaid and his two successors, Archbishop McNamara and Cardinal Connell have been severely criticised in The Murphy Commission Report for not reporting sex abuse allegations to the Irish police from the 1960’s to 1995.

The publication of the report of The Murphy Commission ought to have promptly triggered the instant and simultaneous resignation from their current post of the surviving bishops and monsignors cited in the report rather than a display of stubborn obduracy in the case of some and silence, evasion and cunning in the case of others. That gesture would have recognised the gravity of the findings, the pain and damage inflicted on the surviving victims, the premature deaths of those who didn’t survive and the need for a response from the Church that attempts to be coherent, comprehensive, credible and effective. It need not necessarily have precluded the reappointment of some of those concerned.  They would then at least enjoy the confidence of their future contribution having been validated in the light of the Commission's findings rather than groping around a grossly dysfunctional organisation whose very survival is threatened.  It would also allow the Catholic Church organisation in Ireland to define its future.

The response that unfolded highlights the lack of personal accountability within the Church. Bishops' are only accountable to the face that smiles at them in their foggy shaving mirror each morning. Their record of obstructively suppressing the details of clerical sex abuse and paedophilia is grotesque but their subsequent posturing in lamentable. Bishops are apparently never fired. Those that depart ‘agree to resign’ and even our Taoiseach and their own colleagues are reluctant to utter a comment that might hasten their departure as if they are respectfully curtseying to a dictator or kowtowing to a despotic ruler.  The Papal Nuncio, Dr Giuseppe Leanza could also allow his voice to be heard beyond to portals of the Dublin diplomatic cocktail circuit where is presence is generally friendly and companionable.  He may consider that his silence is self-effacing and discreet but it is also toxic and contributes to the contagion of the catastrophe.

When allegations of the recurring sexual harassment of seminarians in St Patrick’s College Maynooth were made in the early 1980’s against the Rev Dr Michael Ledwith Vice President of the College by the Senior Dean, Fr Gerard McGinnity (now parish priest of Knockbridge, Co. Louth), these were completely and abruptly dismissed without adequate investigation. The bishops’ response of was to ostracise and demonise the whistle-blower and to promote the target of the accusations to President of the College in 1985, a post he held until he abruptly resigned in 1994 following allegations that he abused a 13 year old boy in the early 1980’s, details of which were set out in The Ferns Report. When Fr McGinnity completed a one-year sabbatical in Rome in 1985 the late Cardinal O’Fiaich told him “the bishops are gunning for you Gerry”. That sentiment has prevailed and Church authorities have never offered Fr McGinnity either an apology, or reparation, in the subsequent 25 years.

While the commitment to transparency demonstrated by Archbishop Martin is commendable that alone is not sufficient to inspire confidence in a Church that staggers from one catastrophic self-inflicted crisis to another. If the Church in Ireland cannot meet its basic obligations of decency, probity and compliance with the criminal law it will soon cease to exist except as a topic of academic curiosity to a future generation of anthropologists conducting research at interpretive centres that were once church buildings.  The time has arrived to judge the Church by its actions, decisions and gestures not by its vacuous apologies nor its meaningless pleas for forgiveness.