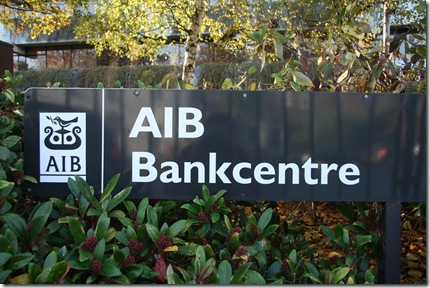 THE imperial tribal elders’ at AIB failed to fulfil the Government preference to appoint an external candidate to the top job and attempted, through stonewalling,  to bust the salary cap imposed by the Government.  Their smug and conceited attitude was tantamount to economic terrorism and had they prevailed over the Minister for Finance they would have humiliated this nation.

The Chairman of the Remuneration Committee, after being cudgeled into submission,  emerged wearing sandals from from his wigwam today and rattling his worry beads wailed, whinged and moaned in the media about the prospect of their chosen candidate earning reduced remuneration and how the salary prescribed by the Government was an impediment to attracting candidates.

It is a pity that their chosen candidate didn’t choose to make his brilliance available to the world’s financial markets instead of dealing with an extra €1 billion of bad debts at AIB if he is to be so terribly underpaid and earning less than the plastic bag salesman paid by the State at Dublin Airport.

The remuneration of the chief executive of AIB during the property bubble was:

The remuneration of the chief executive of Bank of Ireland during this period was:

To complete the profile of those Irish banks that have gouged €11 billion of taxpayers’ money, a gesture, described in the latest Interim Report of Bank of Ireland as ‘significant’ in its case – the remuneration at Anglo Irish Bank is set out below: