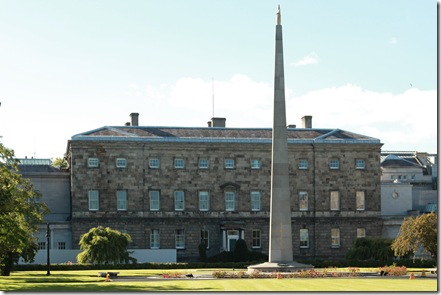 The cost to the Irish State of capitalising credit institutions at September 2010 was as follows:

The cost of future assistance is estimated at €12.26 billion

A substantial proportion of the shares in Bank of Ireland have been converted into preference shares leaving a balance of ordinary shares amounting to €1.95 billion.

The State continues to hold €3.5 billion in preference shares.

The National Pension Reserve Fund is to underwrite a placing and open offer of €5.4 billion in AIB.  If necessary, the NPRF underwriting commitment will be satisfied by the conversion of up to €1.7 billion of its existing preference shares in AIB into ordinary shares. along with a new cash investment.for the balance of €3.7 billion in ordinary shares.

The foregoing assumes that the AIB investment in M&T Bank Buffalo New York will be sold and that other assets will also be disposed in due course.  If there is a shortfall of capital by 31 March 2011 any shortfall will be met by the conversion of a proportion of the remaining €1.8 billion of preference shares.

Future capital needs of EBS are to be met from negotiations with several parties about its future.

All investments to date in AIB and BOI have been provided by the National Pension Reserve Fund.