Radical action for ‘a new Irish beginning’, a view from Brazil 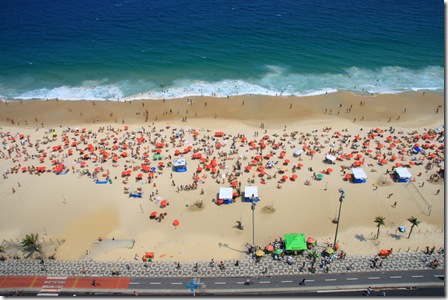 Speaking at a business conference in Dublin last week on the topic of radical action for ‘a new beginning’ , the former Limerick academic, Dr Ed Walsh, offered what he considers to be far-reaching suggestions to ‘avoid bricks being thrown through windows’. He once again advocates a national government to include two non-elected businessmen, in whose inspirational political skills Dr Walsh seems to have unsurpassable faith.

The centre of gravity in a democracy is the citizen. How could a pair of unelected businessmen achieve solidarity, fidelity and unity of purpose with the electorate from whom they would have no mandate?  Advocates should closely observe Brian Cowen to realise what happens to a Taoiseach who does not have his own mandate.

Walsh criticises the lack of talent in electoral politics. All are frustrated by a lack of inspirational leadership in Ireland’s affairs. Leadership has been replaced by ‘partnership’ that has given lobbyists, lamentable hangers-on and other back-scratchers so much illicit influence and access that the steering apparatus of society has become so rudderless, dysfunctional, unaccountable that our economy is now unsustainable. Outcomes of decisions are self-serving and fuzzy. Too many citizens feel disenfranchised by vested interests. Lobbyists are voracious parasites, without a social conscience, whose role is to eat the flesh of society. The most important piece of kit that a lobbyist has is a shrill whinging voice that threatens Armageddon and the begging bowl. The latter will always be empty because, if it were full, the raison d’être of the lobbyist would disappear causing his, or her, cash flow to vanish!

We are also observing the ‘cute whore’ approach to the use and abuse of the legal system by those attempting to obscenely enrich themselves on a questionable moral premise and, too often, at great cost to the rest of society.  Dignity and respect is earned, not conferred by judicial decree.

We are at the bottom of an economic mineshaft surrounded by the impenetrable rock of deteriorating credit ratings, wide sovereign bond spreads, penal interest rates, high deficits and collapsing tax revenues. Our society must take stock of the types of leadership that will deliver a reliable rescue capsule at the next election. We do have daylight, fresh water, meagre rations, contact with the outside world and an ability to think creatively.

Partnership must be replaced by values that ignite solidarity and a sense of common purpose where citizens feel that is they who are given priority, not influence peddlers. A government cannot be all things to all people.  The retiring President of Brazil, Luiz Inácio Lula da Silva successfully demonstrated this since 2003.

The social partners must come out of the closet and realise that they are in a powerless relationship and, like an extra-marital affair, this relationship padlocked by paralysing ambivalence.

Ireland’s aspiring political leaders could learn some fundamental lessons in leadership from Mr Luis Urzúa, the shift leader of the 33 men who escaped from the mine in Chile last week. They were trapped for 17 days before anyone above ground could make contact with them. Urzúa set up a regime that was rooted in solidarity, rather than partnership. His strength was in being able to analyse the situation; make a diagnosis and devise a plan of action. This instilled a sense of structure and order among the miners who has been overcome by desperation after the cave-in revealed a wall of rock hemming them in. The miners relied on the principle of one-man, one-vote to make decisions, building a sense of unity to overcome periods of severe strain underground. Mr Urzúa showed that sound training and clear thinking are vital to crisis management and achieving this happy ending.

Jim Lovell, the Apollo 13 commander who helped steer his spacecraft to earth 40 years ago when it lost power after an oxygen tank burst in space, is now 82 years old and he recently stated “if we did not do anything and waited for a miracle I might still be in space now. God helps those who help themselves”.

Our approach to the future ought to recognise the primacy of helping oneself, self-sufficiency, personal initiative and social solidarity, not overarching greed, the conniving skulduggery of the 'cute whore' and impotent partnerships which deliver nothing of sustainable value, or impact, and are increasingly disconnected to those they proclaim to represent.