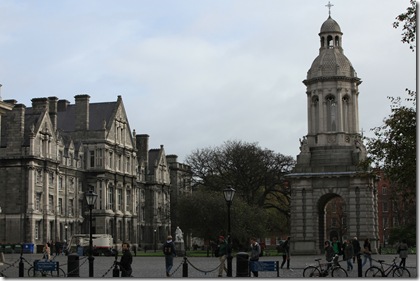 When Seán Haughey TD, Minister of State at the Department of Education and Skills, answered questions in the Dáil on its first day back after the summer recess, he put on record his ‘disappointment and disapproval of the unacceptable practice which existed in some universities of making additional payments to staff without the requisite sanction’. This extensive and very costly power-play was discovered in 2005, but only ceased in April 2009. The Minister’s statement follows the publication of a far-reaching report on resource allocation in Irish universities by the Comptroller and Auditor General . Mr Haughey also cited, in the course of his observations, the Universities Act 1997 as conferring a considerable degree of institutional autonomy on the universities’, whose salary costs alone exceed €1 billion per annum.

The chief officers of Irish universities enjoy a 10-year term of office which is exceptionally long in the context of the 7-year term that applies to most top-level public sector appointments in Ireland. The Irish universities depend on the State for virtually all funding so perhaps it is time that the President of Ireland appointed their chief officers of universities on the advice of the Government, as is the case with top-level judicial appointments. Candidates for chief officer might be appointed for a maximum of two discrete consecutive five-year terms.

Trinity College, for example, will appoint its 44th Provost in its 419 years of existence in 2011. The successful candidate will be chosen in a ballot by an electorate comprising senior academics having first secured the nomination of no less than 12 of them. Trinity College had all the characteristics and privileges of a private institution until 1952 when it accepted £35,000 in State support under the auspices of the then Taoiseach, Éamon de Valera. But its procedure for choosing a chief officer continues to have the hallmarks of an elite, private gentlemen's’ club, where females, strangers and external candidates for the office of Provost have never been successful.

If the assistant secretaries and the principal officers of the Department of Education and Skills were to choose the Secretary General of that Department by ballot, or through some other exclusively internally focused process, would that make this Department sufficiently accountable to the will of the Government and its policies and procedures aligned to the public interest?

The timing of the Trinity appointment could therefore be the catalyst for revised legislation that would overhaul the top-level appointment process in all Irish universities, thus ensuring that he who pays the piper would actually call the tune. This revision might also ensure that the Tánaiste, Minister Haughey and their successors are less reliant on exclamations that “the universities should be ashamed of themselves” and more emboldened, like President Medvedev of Russia in his search for accountability, when he summarily dismissed the long-serving, but immensely powerful Mayor of Moscow, following a summer of pervasive choking smog in that city, which his worship did not do enough to alleviate.