Another 'High-Noon' at FAS 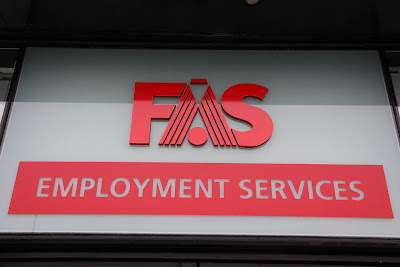 THE appearance of a FÁS delegation, for the 4th time in twelve months, at the Public Accounts Committee yesterday signalled another ‘high-noon’. This appearance followed the shocking revelations in the second Special Report issued by the Comptroller and Auditor General into a scandalous level of extravagant and feckless waste of public money spent on advertising and promotion at FÁS, “an agency with a culture of non-compliance, part compliance and circumvention” according to Peter McLoone the Chairman who, along with IBEC presided over this.

This country has been served from time to time by some really outstanding and inspiring public servants for whom trustworthiness, transparency and integrity were bywords. But it has also had to endure more than its fair share of clown princes, princesses and gombeen-men with delusions of adequacy.

Do those individuals responsible for the selection of Rody Molloy as Director General of FÁS have any regrets about this decision?

The two Special Reports from Comptroller & Auditor General published to date are a comprehensive indictment of guile and sheer incompetence that has suffocated this agency for the last 9 years and mutilated its reputation. The idea that the State would provide Molloy with premium levels of compensation to oust him, in the light of settled evidence, is not just manifestly outrageous; it is precisely the type of decision which debases the reputation of the country and would lead any outside observer to believe that the Irish are nothing but a posse of pathetic goboloons.

Molloy and his side-kicks displayed the paranoia of J Edgar Hoover, Head of the FBI from 1924 until his death, at the age of 77, on 2nd May 1972. Their incompetence, arrogance, guile, self-serving nature and peasant cunning and the pathetic naivety of Del-Boy. Pervasive lack of accountability, weak standards of corporate governance, abuse and waste of public money were the hallmarks of Molloy’s tenure and define his legacy. It will clearly not surprise the master of non-compliance that the State has finally awakened to the logic of not rewarding this fool for his idiocy and the material loss that this incurred.

But Molloy continues to impart his prestige as Chairman of the Institute of Public Administration. The Institute of Public Administration is supposedly the Irish national centre for development of best practice in public administration and public management. Its training and education programmes are tailored to the needs of public servants. Its research and publishing services offer an informed voice and forum for discussion and debate on public service issues. Its board includes Peter Nolan, National Secretary of IMPACT, the trade union of which Peter McLoone is General Secretary Chairman of the board of FÁS. Perhaps Al Capone’s grandson ought to be allowed extend his prestige and be appointed as Chairman of the Revenue Commissioners. Does this nation not deserve better?

The bile continues to seep and trickle from FÁS. The odour is overpowering and, at last, it dawns of the political establishment that it is not necessary to reward Molloy with 4½ years added pension worth €1 million and a taxable payment with no admission of legal liability, of €111,000 to compensate for loss of office. This murky, squalid package was slung together without even the observations of a novice law clerk. Of course, Ireland is bursting with resources and the role of Government is to squander these bolstering the vanity of eunuchs, who, in another jurisdiction would be televised ‘prep-walking’ to court.

When Molloy before the Public Accounts Committee on 2 October 2008 he stated in his introductory remarks that “FÁS is not a perfect organisation” and that internal audit reports are written in a style and in robust language not designed for general public consumption and that “unfortunately, the internal reports released by us under the Freedom of Information Act have been sensationalised by the media and used by some with a destructive agenda towards FÁS”. His hope that day was that meeting of The Public Accounts Committee and the Comptroller & Auditor General’s involvement “will end the constant negative commentary”. What bishop wrote that script for him?

The media report today, 25 September 2009, almost a year after this Examination began, that Molloy filed 22 complaints in relation to the conduct of the internal audit team which wrote the report which was the subject of the C&AG examination. All of Molloy’s complaints were rejected by the Audit Committee of the FÁS board.

The Public Accounts Committee stated on 18 December 2008 that they “found it difficult to obtain comprehensive and full information from FÁS. Much of the information we received was incomplete and presented in a format which made it difficult to analyse. In addition, some of our requests for information have been refused. The lack of complete data has slowed down our investigation and made it more difficult to make a final judgement on this hugely important matter”

This is a principal oversight committee of sovereign nation acting on behalf of citizens who are providing over €1 billion every year to an agency where there is clearly no adult supervision.
Molloy is not the first honcho to leave that agency with his palms abundantly greased. The former chief executive of An Bórd Gáis, John Lynch was appointed Chairman of AnCO while Ruari Quinn was Minister for Labour. FÁS was subsequently created incorporating AnCO, the National Manpower Service and the Youth Employment Agency and Lynch became its first Chairman. Today he describes the latest episode of traffic mishaps involving CIE buses.
The position of Director General became vacant in 1990 following the hasty departure of the former incumbent whose position was no longer tenable. It was advertised but the Chairman was to discover there was nobody sufficiently brilliant to take on this role until he looked in the mirror one day. The board of the agency invited him to consider himself as candidate. He was interviewed and the outcome was successful from Mr Lynch’s perspective. The Minister for Labour at this stage was Bertie Ahern.

Lynch continued as Director General for a decade. Those who reported directly to him included Gregory Craig, Head of Corporate Affairs, the function that is subject of the C&AG special reports. Craig was suspended on full pay. The Chairman of the FÁS Audit Committee, told the PAC that this suspension was serious enough to be ranked as ‘short of dismissal’.
It was reported in the media that Craig enjoyed 20 days paid accumulated leave and the letter confirming suspension seems to have only been issued on 1 December 2008 at which time Craig’s solicitor advised him not to discuss the nature of his suspension with any other party.
It does seem strange that with Garda enquiries ongoing and the protracted controversy surrounding the department over which Craig had unfettered oversight that he should be short-listed for the vacant position of Assistant Director General of FÁS. The interviewing panel that made this possible included Christy Cooney, now President of the GAA.

The taxpayers observed the Cooney leadership skills at the conclusion of the All Ireland Hurling Final on 6 September this year. Cooney, with the moral rectitude and imperiousness of General Norman Schwarzkopf Jnr, directed that fans should not enter the pitch, for health and safety reasons, after the game and the cup would be presented to the winners on the pitch.

The fans, en masse, defied the General and invaded the pitch. The General retreated to the stand and an LCD sign flashed ‘Plan B’. The General was lanced; his presidency of the GAA defined.

The pity is that FÁS was also a Plan B organisation led by a caste of B country and western bit-players, stunt men and small-town marshals, none of whom had the impact of Gary Cooper or the elegance of Grace Kelly in the 1952 film 'High Noon'. Molloy and his fellow travellers should not be treated as injured innocents when they forfeit their badges.