The Debacle that is FÁS

WHEN public trusts is so utterly compromised, as in the case of FÁS, one is inclined to question upon what basis trust was reposed in the first instance. The executive leadership of FÁS never seemed to earn the highest public acclaim. Taxpayers’ and citizens’ would have thought that the board of an enterprise that was spending over €1 billion per annum and contained within its ranks trusted individuals who would be competent, visionary, inquisitorial and vigilant. But, tragically, the board of FÁS operated to the standard of geriatrics’ book club and the reputational fallout is far reaching at a personal and institutional level as the stench of geriatrics’ stale urine. 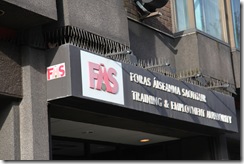 The public are now aware of what the management of FÁS were fully acquainted with last year when they appeared before The Public Accounts Committee. I read the transcript of the FÁS dialogue with The Public Accounts Committee again over this weekend. The explanations tendered to that Committee, in respect of certain decisions, are so utterly self-serving in the light of evidence now to hand. There was a great deals of wriggling and waddling behind the fig-leaf of legal nicety but to what ultimate avail?

The most recent report of the Comptroller & Auditor General is a sequel to a previous report with adverse findings on procurement and related matters at the agency.  It deals with the management of advertising, promotion and related activities, including jobs and activities to promote science.

The C&AG found that advertising and promotional activities lacked strategic direction because there was no marketing and communications strategy.  There was a substantial and prolonged breakdown in budgetary control.  Promotional expenditure in the period reviewed exceeded budgets by 38% and the general advertising expenditure exceeded budget by 66%.  But much of the advertising was ineffective in achieving the objective of increasing the awareness of the services provided.

There was nugatory expenditure of €622,000 as a result of a series of transactions for which there was no evidence of goods and services having been provided.

There was also considerable non-effective expenditure including over €600,000 spent on advertisements that were not broadcast and payment of €9,200 for a car that was not delivered.

The board of FÁS, under the chairmanship of Peter McLoone,  is to resign following the publication of this second report.  The chairmanship of this agency alternated between trade union representatives and the employer lobby group, IBEC.

The Belly Dance is about to begin …

As you listen to the siren calls for the curtailment of government expenditure reflect on the energy and vitality applied to curbing excessive spending at this agency.  The period between 2002 and 2007 was an era as close to full employment as Ireland is likely to see for a long time.  Did any of the distinguished board raise there hand to successfully counter this trend?  This board did not even react when the expenditure for the agency, as a whole, exceeded income in 2005 and 2006.  Perhaps they were in Florida having a pedicure.

When IBEC Boys Choir hums sweetly about a reduction in wages and a reduction in welfare, should these remarks, in the interests of clarity and the elimination of ambiguity, be prefaced by:

When you speak about welfare cuts, you could mention “

“when I was sitting on my precious idle arse in the boardroom of FÁS, dreaming about Ireland’s first astronaut, I did absolutely nothing to prevent the FÁS State subsidy increasing by 24.7% between 2002 and 2007 while the Live Register recorded a mere 2.5% increase and the number unemployed increased by 16.8% to 93,400 persons. My board knew nothing about the derring-do, even though expenditure exceeded income by €4.59 million in 2005 and by €572,000 in 2006.”

I look forward to the third report of the C&AG and the unfolding dynamic of the social partnership process with intriguing interest, especially as the Voice of the da Vulnerable has once again raised his hidden jowl above the parapet of public opinion, this time from a newly created vantage point but representing the sentiments of the same constituency. The stature and credibility of social partnership has, unfortunately, also been thrashed leaving its stakeholders naked and impotent.