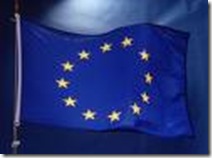 But asylum applications to Ireland dropped by 23% in this period to 715. This, in the case of Ireland, is equivalent to 160 applicants per one million Irish inhabitants, compared to 125 per million EU-27 inhabitants.

The terms asylum-seeker and refugee are often confused: an asylum-seeker is someone who says he, or she, is a refugee, but whose claim has not yet been definitively evaluated.

The distribution, by age group, of asylum applicants in Ireland was:

Approximately he Irish applicants are male.  Ireland reached decisions on 945 application in this quarter.  A positive decision was made in respect of 190 of these – 25 were granted refugee status; 5 were granted subsidiary protection (this does not qualify as refugee status but where substantial grounds have been shown for believing that the applicant concerned would face a real risk of suffering, or serious harm). 755 applications were rejected.

The five principal citizenships of applicants in Ireland  in Q2 2009 were:

The EU-27 considered 3,380 decisions from Nigerian applicants.  92% of these were rejected; 2% were granted subsidiary protection and 5% were admitted on humanitarian grounds.

The EU Member States to which the largest number of asylum applicants were made in Q2 2009 were citizens of:

Over half (57.8%) of all EU-27 asylum decisions in 2006 resulted in rejection while some 55,135 persons were granted either refugee or subsidiary protection status.

The United Nations High Commission for Refugees reports that there were 42million people forcibly uprooted by conflict and persecution worldwide amid a sharp slowdown in repatriation and more prolonged conflicts resulting in protracted displacement.  New displacements are occurring in Somalia, Pakistan and Sri Lanka.  Some displacements are short-lived but others can take years and even decades to resolve.