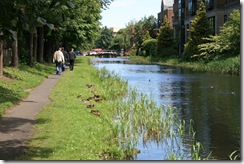 THE Irish Independent revealed details of Irish politicians’ expenses this week.  The Irish political enterprise comes at a hefty price. The Oireachtas typically passes 42 pieces of legislation each year at an average cost €3.25 million each.

The average pay of an Irish TD is just shy of €110,000 (£95,700)when long-service increments are factored in.  This figure does not include the plethora of allowances that are claimable, including pensions accrued when formerly a minister while continuing to serve as a TD.

Members of Parliament in London are paid £64,766 since 1 April 2009.  They are also eligible to claim the following allowances:

An MP who is a member of the Northern Ireland Assembly receive a full parliamentary allowance but a reduced salary of one-third of the full rate in respect of the other assembly.  This works out at £10,606 in the case of Northern Ireland.

There are 5 Sinn Féin MP’s in the current Westminster Parliament but they do not participate in parliamentary proceedings. But they do claim the allowances, a total of £662,600 in 2007-08 notwithstanding that they have not taken the oath of allegiance, or affirmed.

The Northern Ireland First Minister, Peter Robinson and his wife Iris are MP’s. Peter collected £114,163 and Iris £113,500 in allowances in 2007-08.  This sum included £40,342 in respect of alternative accommodation.  MP’s who are married to each other must nominate the same main home and a limited to claiming one person’s alternative accommodation allowance between them – according to the latest edition of The House of Commons Green Book.

The Robinsons’ also incurred £19,898 on air travel between Belfast and London.

Members’ of House of Lords

Members’ do not, in genera, receive a salary in respect of parliamentary duties. But they are reimbursed actual expenses incurred arising from these duties. Those who claim expenses must have already taken the oath of allegiance or affirmed.  Expenses are only claimable in respect of attendance in the chamber, or at committee or sub-committees of Westminster.

There are some special regulations.  If a member of the Lords resides outside the UK, travel costs are only recoverable from the point of entry in the UK.  Double journeys are claimable if a Member’s car takes him or her from home to an airport or railway station.  Travels costs to Westminster for a Member’s spouse or civil partner maybe claimed six times each year.  There is a maximum limit of £174 for Members whose home is outside London.  The daily subsistence limit in the House of Lords in £86.50, somewhat more generous than in the Other House.