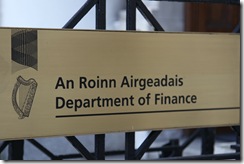 THE European Central Bank has exhorted the Irish authorities not to overpay for assets that the proposed National Asset Management Agency (NAMA) is set to acquire. Mr 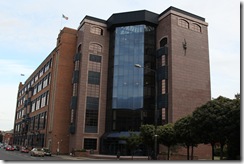 John Mulcahy, a chartered surveyor who has been seconded to NAMA, opined at the meeting of the Joint Committee on Finance and the Public Service on 31 August, that “there has always been a recovery in the property market, although sometimes it has been more vigorous than in others. In general, the commercial market has recovered over a seven year period to an average of about 88% of where is was in the trough. For residential property, the market has recovered in seven years to a figure of about 96% of where it was in the trough”.

Two fundamental questions must be addressed before these opinions can be relied on to become viable propositions.

“Is recovery to be based on individual continuing to take on mortgages based on a wholly unsustainable income-to-loan and loan-to-value ratios, as has been the case over the past several years? If so, the proposal is doomed to catastrophic failure”

Residential mortgages are the largest single component of private sector credit in Ireland. The economic crisis that this country is now inflicted with is a direct consequence of sclerotic levels of credit being made available by delinquent banks and building societies since 2002 – loans that are too many multiples of gross income, or loans that are equivalent to almost 100% of the value of the underlying asset, obliterating any potential equity element.

The evidence of recent Irish banking practice and the lack of adequate oversight can be traced through the following table:

2 Actual residential mortgage lending includes outstanding securitised mortgages (the initial amount of the securitisation less all repayments of capital made by borrowers’).

The consumer housing credit bubble started in earnest in 2003, the year Ireland ceded control over interest rates to the European Central Bank and the year that The Financial Regulator came into being.

The pace at which this bubble gathered momentum is staggering. It grew within eighteen months to over €20 billion, equivalent to 88% of the gross income of all claimants of mortgage interest tax relief in 2004.

When it reached €55.43 billion at the end of 2006, the bubble was over 197% of the estimated gross income of all those claiming mortgage interest tax relief that year. The consequences of this credit bubble after 2006 has to be considered in the context of even greater debt and prevailing adverse economic circumstances.

This pace of the housing bubble was almost reminiscent of Moore’s Law which was defined by a founder of Intel, Gordon Moore. It describes a long-term trend in the history of microprocessors that the number of transistors that could be placed on an integrated circuit doubled approximately every two years. While that pace of incremental change is sustainable in the computer world, it is certainly not sustainable in the residential mortgage market.

Programme for Prosperity and Fairness 2000

The social partnership agreement, Programme for Prosperity and Fairness 2000, covered the 33 month period between 2000 and 2002. The agreement provided for the following increases in basic pay as it applies in each particular industry:

Role and Impact of The Financial Regulator

The Financial Regulator does not have the power of utility regulators to price financial products.

The Chairman of The Financial Regulator, Jim Farrell, commenting in the 2008 annual report, stated that their strategic approach to regulation was framed in a much “more benign environment” but the Regulator “had taken steps to slow bank lending, in particular in 2006 and again in 2007”. The steps taken did not achieve the intended goal.

The former chief executive of the Regulator, Liam O’Reilly, stated in the 2005 annual report that

“Along with the Central Bank, we are concerned about the rapid rise in the levels of indebtedness in the economy and are well aware that if conditions change adversely, many people could be severely affected. We monitor and require institutions to anticipate and prevent risk issues now rather than to have to address problems down the line. There has been much debate about high loan-to-value ratios in recent days for mortgage borrowers. In this debate, the critical issue is the ability of borrowers to repay the loan in full. It is the responsibility of each financial institution to ensure that their credit standards, provisioning policy and levels of capital are appropriate to provide not only for today, but, in the event of any future downturn in the market. So long as the quality of credit is maintained and the ability to repay is not compromised this is not a problem. We have a responsibility to inform consumers which we are doing through our publications, which set out the risks and benefits of various financial products, including mortgages and personal loans.”

How Responsible Are Banks in Ireland?

Residential mortgages are the largest element of private sector credit.

The catastrophe that has now unfolded indicates that the chances of avoiding lethal consequences as a result of relying the standards of responsibility of Irish banks is comparable to the chance of avoiding death, having been bitten by a rabid dog.

The apparent economic climate at the end of 2006 was one of calm before the tsunami. The construction sector completed 350,035 new houses during the preceding five years sufficient for an additional population of 840,000 persons. But the population of Ireland only expanded by less than 323,000 in this period.

There are approximately 1,469,000 households in the country. The following table summarises the number and value of mortgages paid between 2002 and 2006:

Source: Department of the Environment, Heritage and Local Government

Over 32% of the nation’s housing stock has been caught up in this bubble. Mortgagees’, with indebtedness of over €100 billion, are now subject to the consequences of negative equity as well as the other implications of the most severe economic downturn in living memory.

A crisis of a similar nature occurred in Ireland as a consequence of the agricultural depression of the 1870’s. It followed a 20-year period of economic expansion following The Famine. But rents became unaffordable and land values collapsed. Credit became unavailable as the insurance companies who provided it vanished from the marketplace. That downturn lasted until 1914.

If the malignancy of the credit bubble that now paralyses our economy is not eliminated Ireland will never successfully escape this downturn. The only course that will protect society is to legislate the maximum gross income-to-loan and loan-to-value ratios that are prudent and sustainable.

It is abundantly clear that the passive advocacy of The Financial Regulator has been wholly ineffective. The history of the relationship between the leadership of Ireland’s banks and Irish society is not based on shared values or the common good. If it were the Exchequer would not have lost hundreds of millions of € when the Irish banks facilitated the setting up of illicit off-shore accounts. Rampant customer overcharging would not have occurred and the ranks of the leadership of the banks’ would not have been cited for personal income tax evasion, when they were on 28 March 2006.

Bankers’ now claim they made ‘regrettable mistakes’. The did, in fact, engage in delinquency of a treasonable scale and nothing short of stringent legislation will restore a balance and sentiment from which stability and sustainability has some hope of being nurtured.

Eighty per cent of all those claiming mortgage interest tax relief earn less than €75,000 per year and many earn significantly less. Over 43,000 mortgagees earned less than €20,000 per year in 2006 when the economy appeared to be significantly more buoyant. Their interests deserve the protection of the State from predatory banking practices.