Child Abuse in Ireland – the cost of eliciting the truth 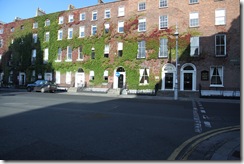 NOW that €54 billion of the peoples’ prospective wealth is likely to committed to the National Assets Management Agency there is an intense awareness of about trends in  Government spending.

The matter of child sex abuse in industrial schools in Ireland came to prominence in 1999 and the Taoiseach, Bertie Ahern, made a public apology on behalf of the State in Dáil Éireann. The Commission to Inquire into Child Abuse was then established.

It was estimated that the Commission would complete its work in two years and that the cost would be between €1.9 million and €2.5 million. It actually took ten years to gouge the truth out of 18 religious congregations and the estimated cost of doing so is between €126 million and €136 million.

The Commission is expected to complete its work next year.